This image reveals hexagonal and polygonal patterns formed by networks of soil troughs on the floor of a valley in the Deuteronilus Mensae region, located on the northern edge of Arabia Terra and borders the Martian southern highlands and northern lowlands.

The polygonal patterns indicate that the surface has undergone stress, potentially caused by subsidence (sinking), desiccation (drying out), or thermal contraction. These polygon features are similar to permafrost thermal-contraction polygons that form in polar and high alpine regions on Earth by seasonal-to-annual contraction of the subsoil. On Earth, such polygon features are indicative of the presence of ground ice and are commonly referred to as patterned ground. The patterns are the result of thermal contraction in ice-cemented soil or permafrost that forms a honeycomb network of small fractures below the surface. The network of fractures is eventually manifested as shallow troughs at the surface, forming the hexagonal and polygonal patterns visible in this image.

The polygons in this scene average approximately 100 meters (110 yards) in size and appear to be higher in elevation in the center than in the surrounding troughs. Boulders are accumulated in the center of the polygons and dunes are visible in several of the troughs.

The landforms we observe here most likely indicate that ice-rich permafrost is present or has been present in the past. 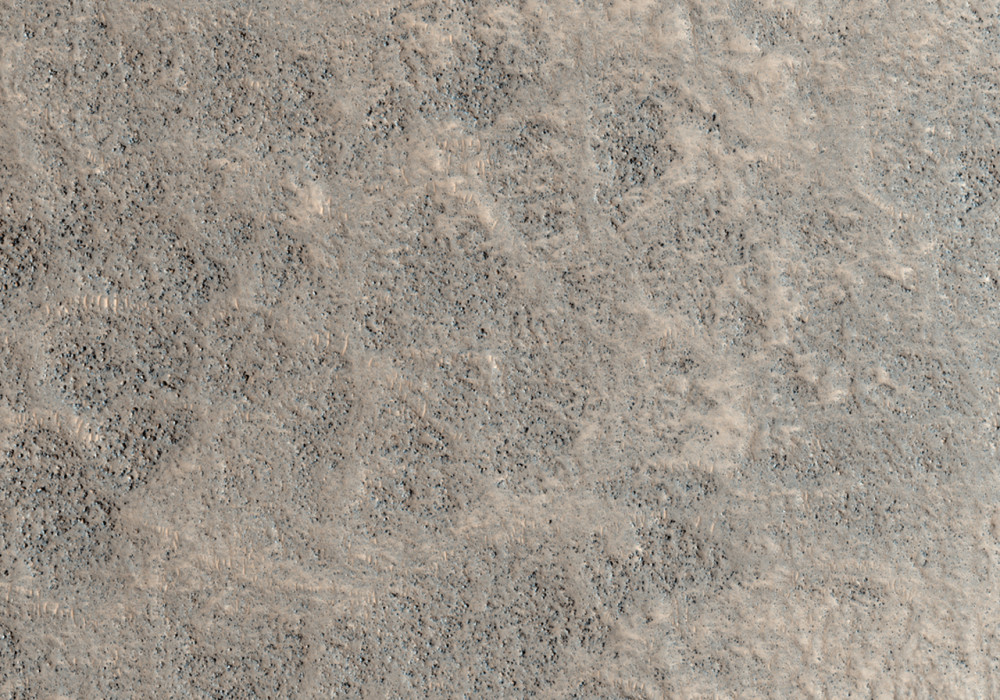