This image shows a large gully in the wall of a crater in the southern hemisphere. Such gullies are among the most recent landforms on Mars, and were probably carved by liquid water.

The source of the water is still unknown; it could have been groundwater from a shallow aquifer or melted snow or ground ice from a different climate.

This gully is not particularly fresh, but it is among the largest observed; several sub-channels merge in the alcove on the upper slope, in the north part of the image. Numerous faint troughs and lineations are visible downslope, likely indicating old channels that have been buried or reworked. The upper alcove exposes a dense cluster of boulders not seen on the adjacent slope. This could indicate that smaller material has been removed by the gullies, exposing the boulders without transporting them far. 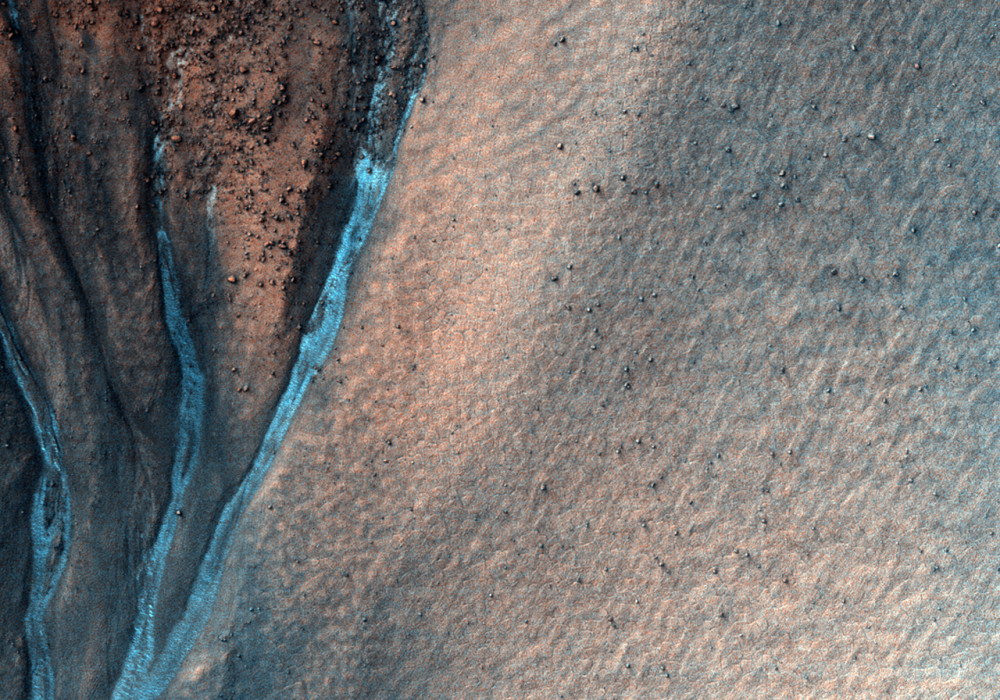