This observation shows dunes in the Martian north polar sand sea (commonly referred to as the “north polar erg”) in the process of defrosting.

Every winter, dunes and other surfaces at these northern latitudes are coated with several tens of centimeters of carbon dioxide frost and ice, plus a minor amount of water frost. Details of this process are particularly visible this subimage. The white material is fine grained frost.

Landslides on the dunes’ lee slopes are apparent,with a morphology consistent with fluidization from carbon dioxide frost. This and other areas of the north polar region are being investigated by HiRISE to compare to changes in past years. 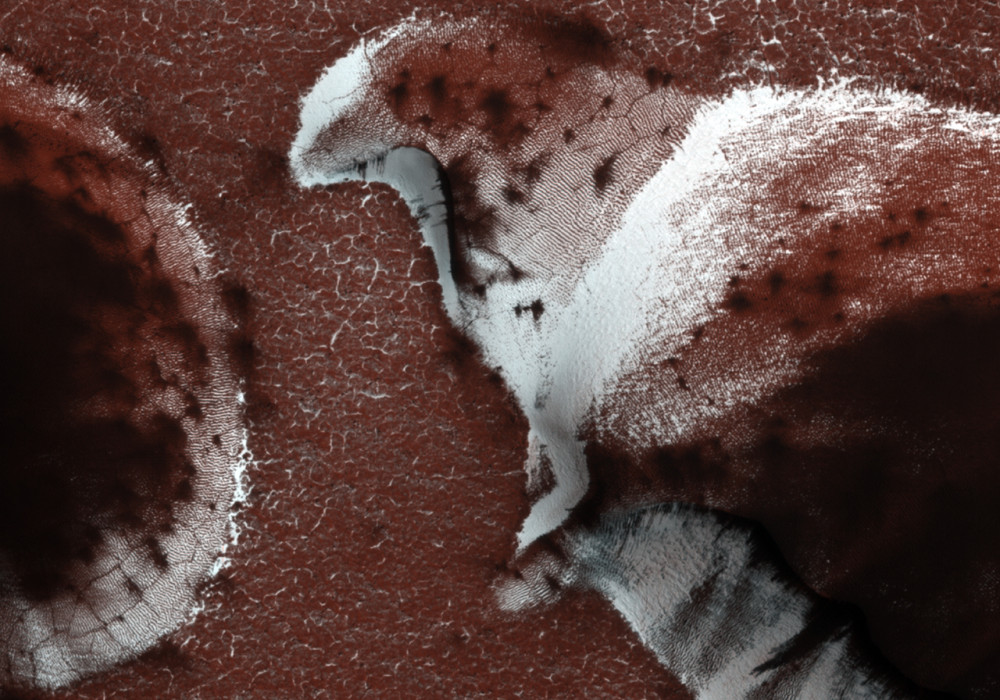