We periodically image the Curiosity rover and its surroundings, monitoring for changes such as from active dunes.

This is the latest image, with an enhanced-color cutout centered on the rover . Oddly, the rover’s tracks are not visible nearby, maybe because the surfaces it has driven over lately don’t make high-contrast lines, or maybe some blowing dust has recently erased the tracks.

ADDENDUM
With HiRISE’s capability of high resolution (down to 25 cm/pixel) and ability to image the same area periodically, our team is keeping track of the Curiosity (MSL) and Opportunity (MER) rovers. For Curiosity, we recently acquired our first image in four months and the first in 2015. Here we see the rover parked over dark sand in a valley bounded by light-toned rock outcrops. These rocks make up the “Pahrump” member of the Murray Formation, a suite of sandstones, siltstones, and calcium sulfate veins that compose the lowermost exposed rocks of Mount Sharp (Aeolis Mons) in Gale Crater. This image also addresses several objectives besides keeping track of the rover location, such as the monitoring of nearby active sand dunes and the degree to which rover tracks are preserved on the underlying terrain. Unlike other regions of for which Curiosity has traversed, here the rover tracks are not apparent, likely because the disturbed, underlying, dark sand is similar in tone to that on the surface. (Nathan Bridges) 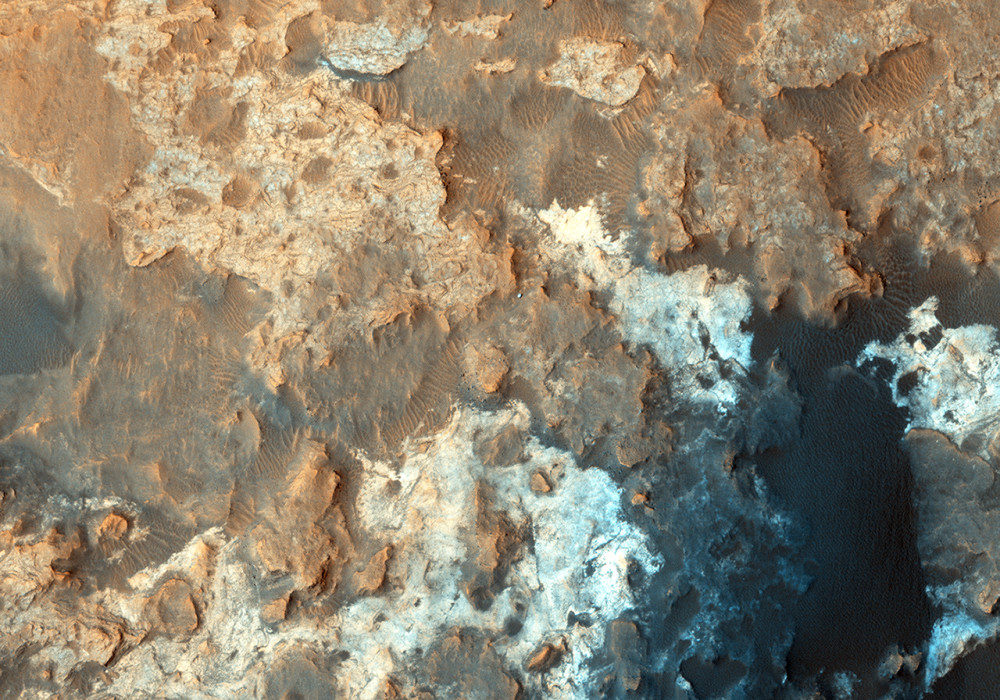