Lava-Carved Gullies in a Crater

This image shows an impact crater about 3-kilometer (1.8 miles) wide in a region that has been flooded by lava.

On the plains outside the crater there are distinctive landforms that form from lava inflation, where molten lava is injected under a solid crust to raise the surface. Only lava behaves in this manner, not mud or other fluids that might have been present on Mars. 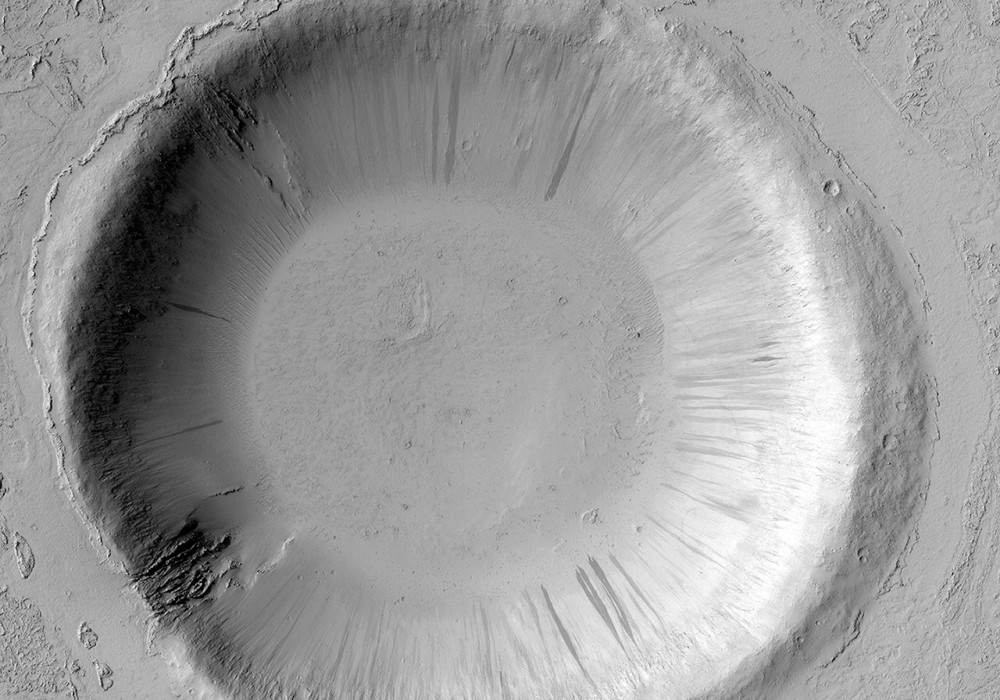