Lava Channel on the Flank of Ascraeus Mons

Ascraeus Mons is one of the giant shield volcanoes on Mars. Its flanks are built up of innumerable lava flows, but most are buried by too much dust to see features of interest.

This is one of the better preserved lava flows, showing a distinct channel running diagonally through the observation. As surges of hot lava spilled over the channels banks, levees were built up on either side of the flowing lava. Then, as the eruption slowed, the liquid lava drained out, leaving a long trough.

While a relatively young feature for Mars, this lava surface is still very ancient – as one can tell from the large number of impact craters scattered across the image. The other persistent geologic process has been the wind. Its effect can be seen in the form of bright streaks heading west from craters and other topographic obstacles. This is where bright dust is able to find shelter from the wind. 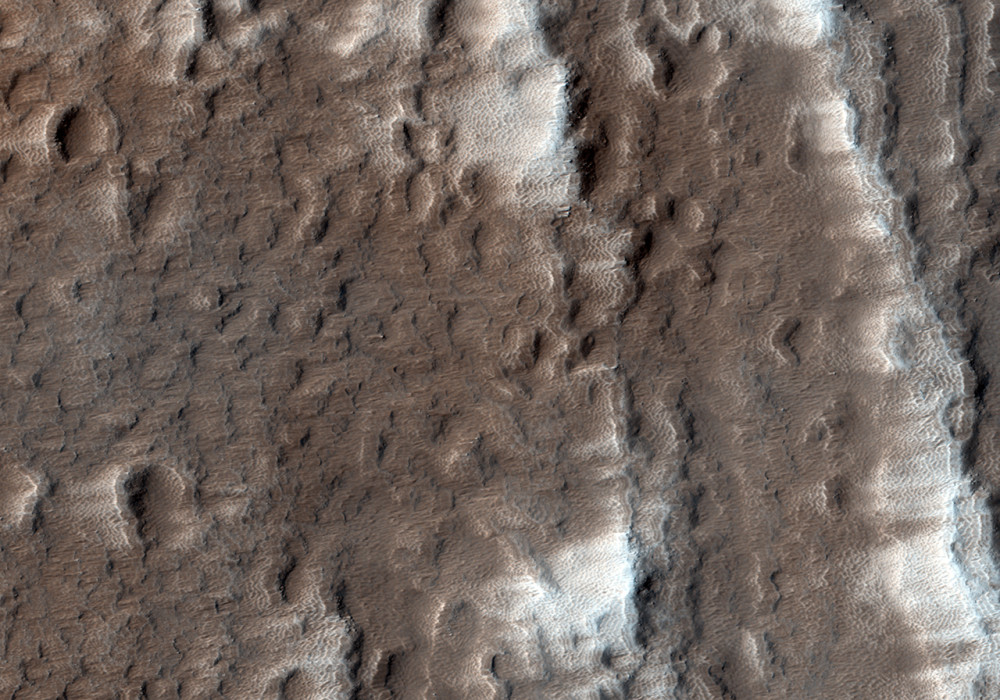