This HiRISE image covers a small part of the gigantic 1780 kilometer (1100 mile long) set of flood-carved channels on Mars called Kasei Valles. The focus of this image is a much narrower channel that was cut into the floor of the large channel system.

It is interesting to compare this lava coated channel to a similar feature called Athabasca Valles. Both channels appear to have been cut by a flood of some fluid, and then coated with a thin layer of lava. In the case of Athabasca Valles, the fluid that carved the channel and the lava came out of the same fissure in the ground. Every channel is completely coated with lava, allowing the possibility that Athabasca Valles was carved by lava.

However, at Kasei Valles, the lava and the flood carving fluid came from two different places. The valleys were carved by floods, presumably of very muddy water, released from Echus Chasma. The lava in Kasei Valles only coats the lowermost part of the huge valleys and comes from a source between the huge Tharsis volcanoes.

As HiRISE collects more images, we are able to expand our understanding of Mars by comparing and contrasting key features. 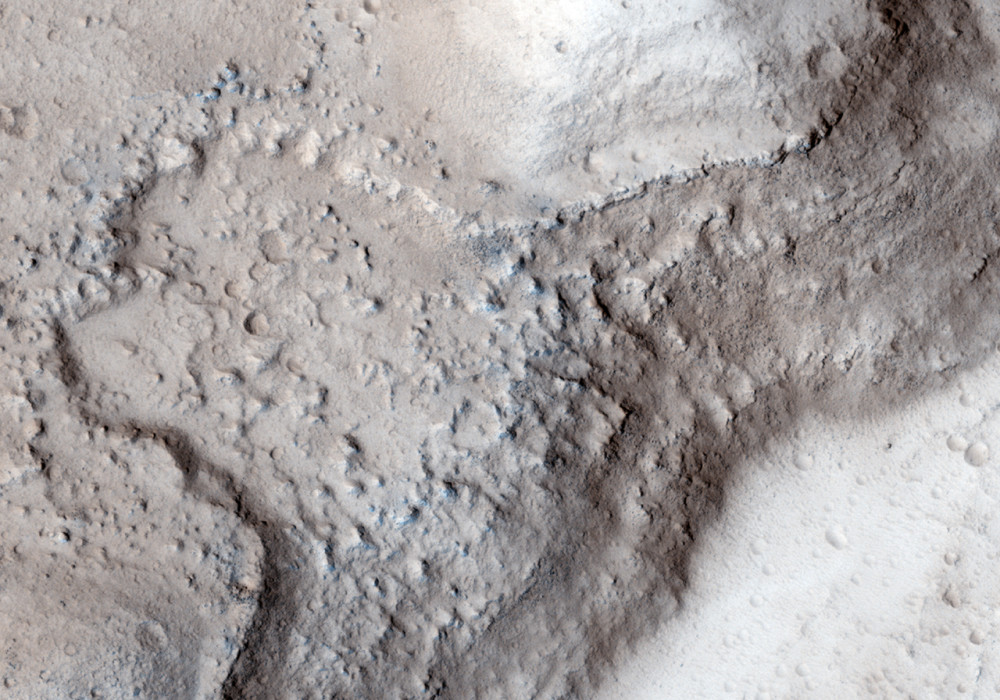