Elysium Planitia is a part of the Martian lowlands that has been repeatedly covered by vast floods of lava. This image shows an older impact crater that has been filled by one of the youngest of those lava floods.

Only sections of the circular rim of the crater remain uncovered. The lava surface consists of ridged plates that have rafted apart with smoother lava filling between the plates. The ridges formed as the solidifying lava crust was crumpled by compression, and the gaps between the plates formed as the crust was pulled apart. Similar compression and extension of lava crust has been observed in the largest lava flows in Iceland.

The most puzzling aspect of this image is that the lava in the floor of the crater appears to have sunk down compared to its surroundings. This happened after a thick crust had formed on the lava. The most likely explanation is that the last molten lava inside the flow drained away through a now buried gap in the crater rim.

A final point of interest are the small circular cones visible near the center of the crater. These formed when ground water (or ice) was turned to steam by the heat of the lava flow. This steam exploded through the flow, producing the small cratered cones. 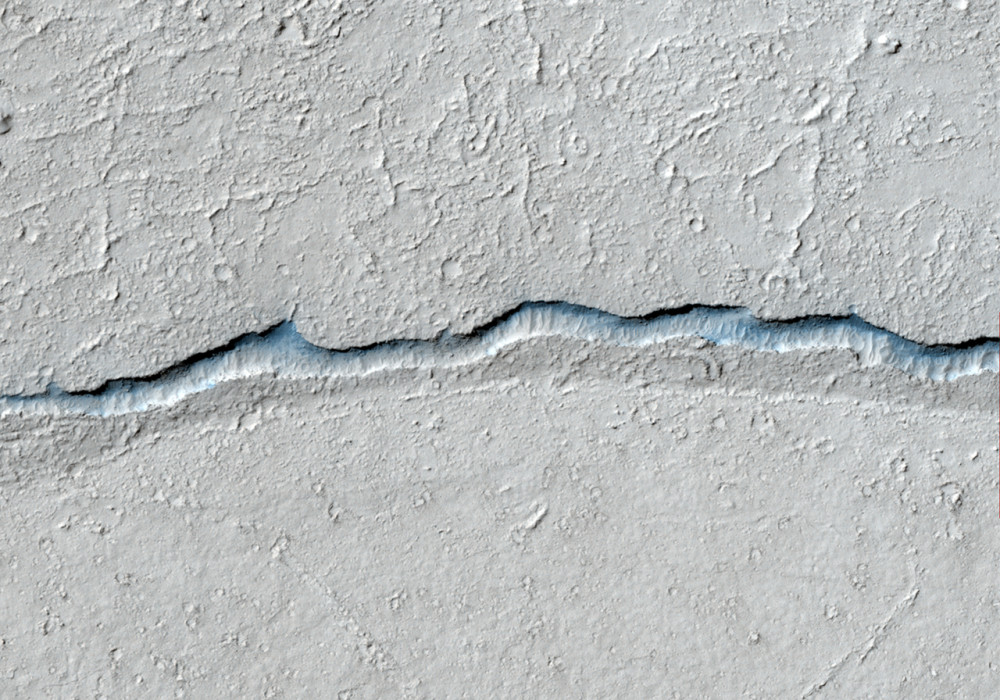