As revealed in an earlier Context Camera (CTX) image (B07_012510_2052_XN_25N187W) of this area, a flow of lava coming from the southwest has encountered a narrow constriction point in a discontinuous ridge or hill across its path.

This constriction seems to have disrupted the flow and produced a platy-ridged surface on the down-flow side of the constriction point (center of image). By studying how lava reacts to obstacles, scientists may be able to learn about the thickness, viscosity (or stickiness), and strength of the lava flow, which in turn could help constrain the composition and temperature of the lava.

This location is important because it could help to provide constraints on the study of flow directions that would link lava in the Western and Eastern Tartarus Colles regions. 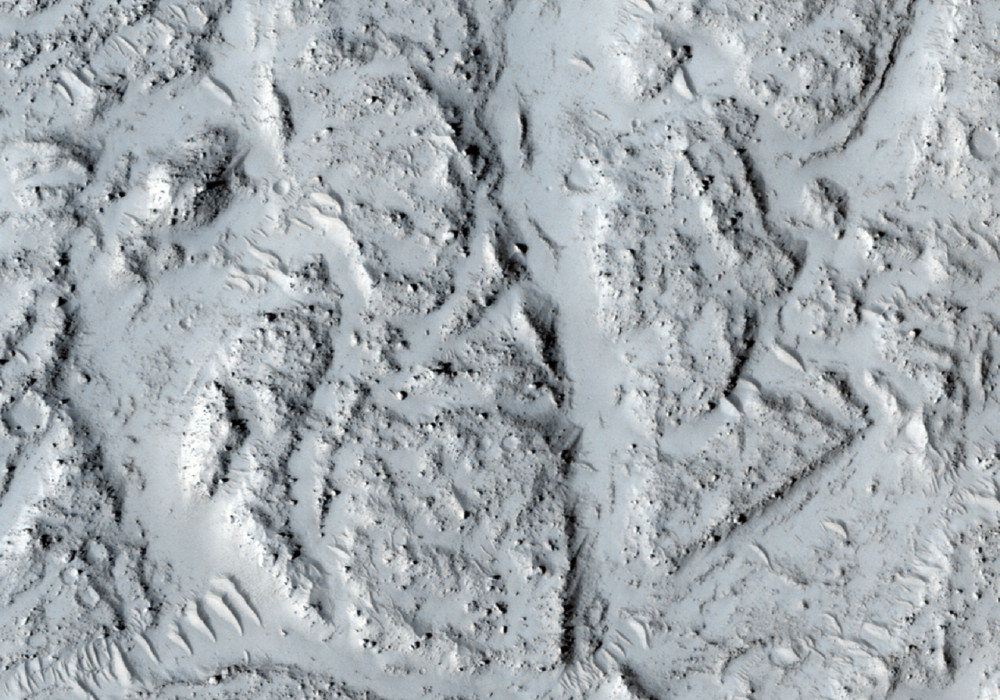