This image shows details of the lava covered plains near the equator of Mars. The darker looking area has a rough lava surface with all the shadows giving the region a darker appearance.

This rough lava is surrounded by smoother lava with abundant inflation features. In volcanology, “inflation” is the process where the solidified lava crust is lifted by liquid lava being injected into the interior of a lava flow. The inflation features are best developed in the southern portion of the image. 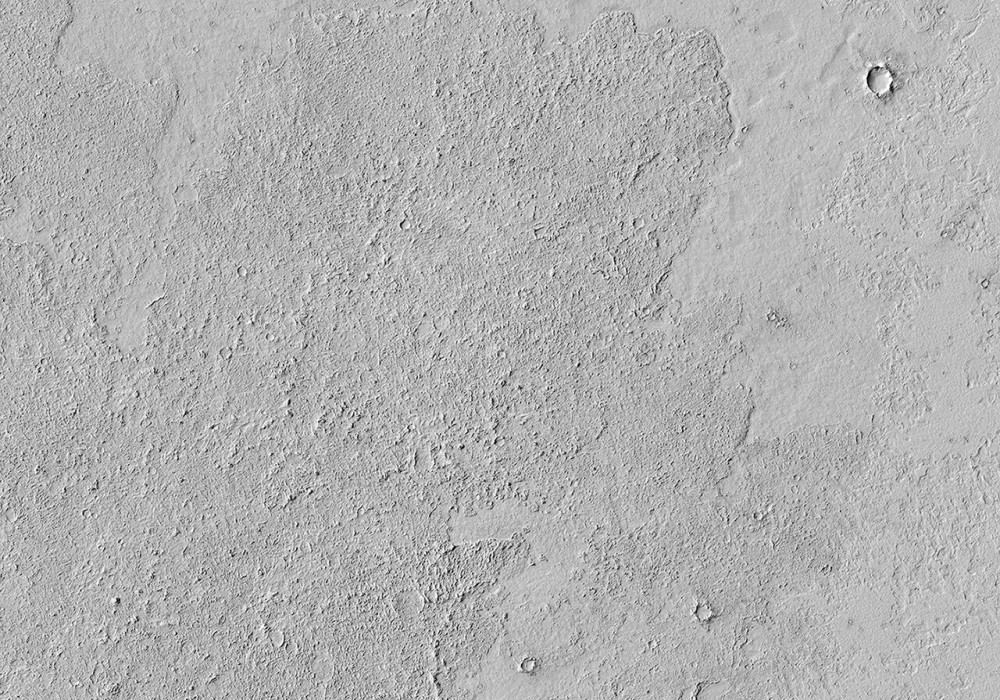