This observation shows the details of the distal end of a lava flow that likely started at the flank of Arsia Mons, several hundred kilometers away. Lava flows are abundant in the region south and west of Arsia Mons and most of them appear like runny wax, especially in images that cover large areas at low resolutions.

But this HiRISE image shows that while many features of lava flows occur on the older lava flows, the surfaces have also been smoothed over in many places by mobile, fine-grained materials. Later flows like that in the top third of this image appear much rougher. Up close, even younger lava flows have their share of mantling materials deposited on their surfaces.

This image also shows how lava flows advanced by sprouting small fingers and toes of lava along their margins. These in turn become the pathways for more lavas and eventual accumulations that spread over these toes and fingers. Most of the surface of the lava flow appears to be a complex in some places, and in others, patterned ridges formed during complex jostling of the brittle and solid crust that formed on the lava flow even as it was still moving.

In the southern half of this image there are several areas of aligned pits and channels. These are probably the expressions of collapsed lava tubes that originally fed these earlier lava flows. So even older lava flows still preserve details of how lava flows are emplaced during eruptions. 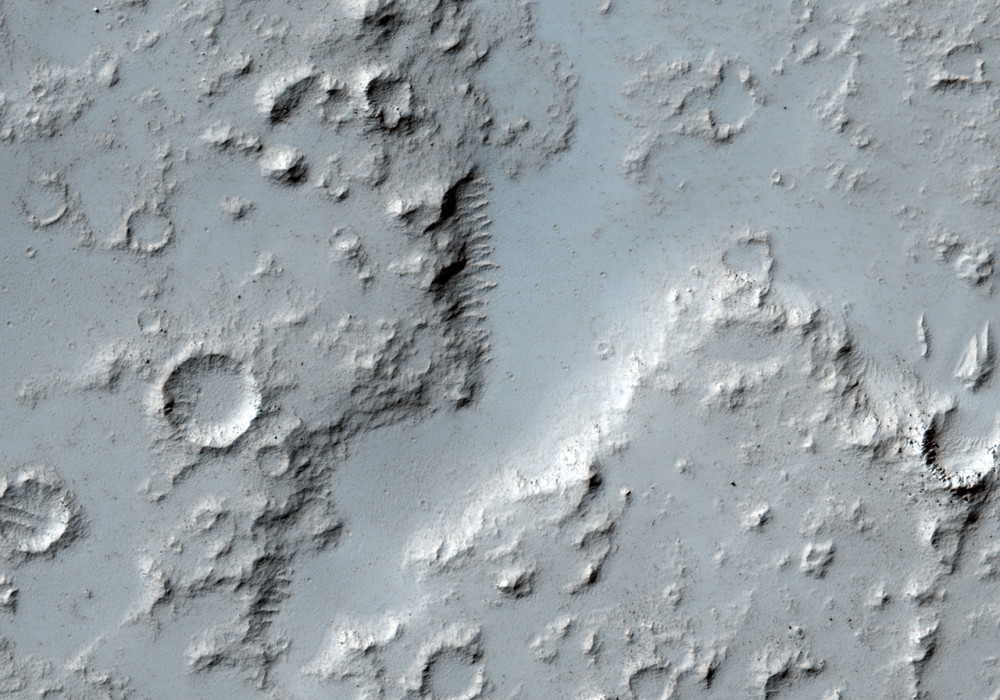