Lava Flow Near the Base of Olympus Mons

This image shows a lava channel, which lies just to the east of the largest volcano in the solar system: Olympus Mons.

The channel appears to be discontinuous, meaning it disappears several times throughout its length, but in fact, it is likely that the channel continues underground as a lava tube.

These are relatively common features at terrestrial volcanic centers, such as the Big Island of Hawai’i. The channel appears to have been infilled with dust and sand, so that the entrance to a lava tube cave is no longer visible at this particular location; fortunately this has been observed elsewhere on Mars . 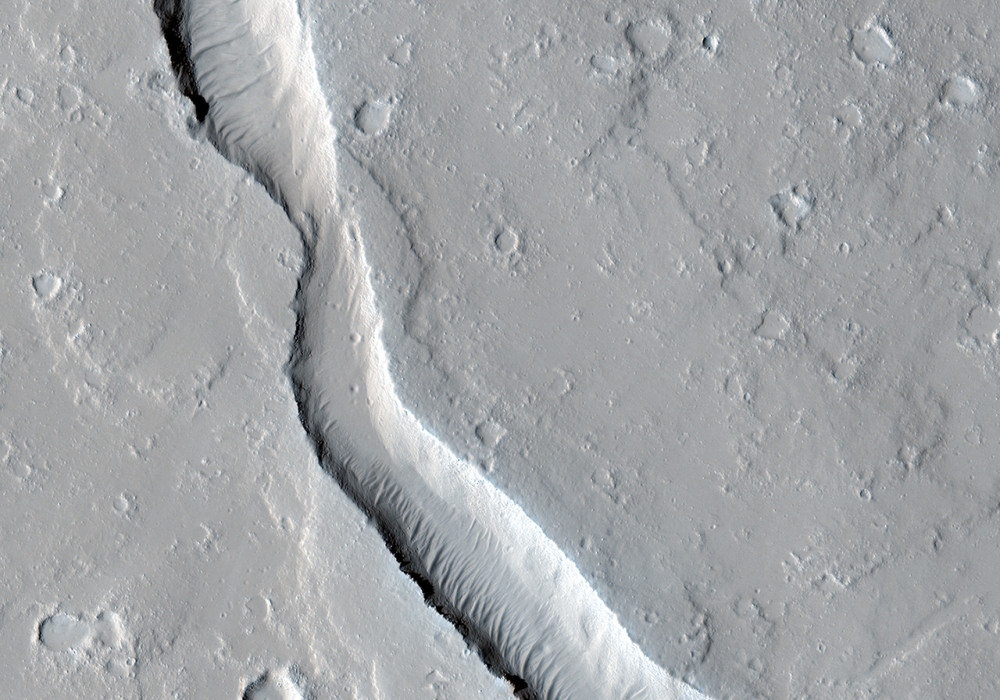