Lava Flows at the Base of Olympus Mons

Olympus Mons is the largest volcano in the Solar System and is thought to be quite young (compared to other features on Mars). So, what happens to all those lava flows running off of Olympus Mons?

This observation shows that they are buried by yet younger “flood” lavas that lap up against the side of Olympus Mons. In this image we see two very different types of Olympus Mons lava flows. On the West, there is a thick flow with a rough surface texture. This is almost assuredly similar to lava flows in Hawaii that are called “aa.” The lava is quite sticky as it flows and thus is ripped into chunks when it tries to move. Next to the aa flow is a long trough or channel. If you look closely, you can see tongues of lava flowing to either side of the channel. This looks like the product of a long eruption with lots of pulses.

The channel eventually disappears and an irregular set of pits is visible at its extension. This is probably because the channel had developed a solid roof (becoming a lava tube) and then lava burst out of the tube. This kind of complex evolution of a lava flow can be seen on Kilauea Volcano, in Hawaii, today. But, happily, it is happening at a much smaller scale than these ancient lava flows on Mars. 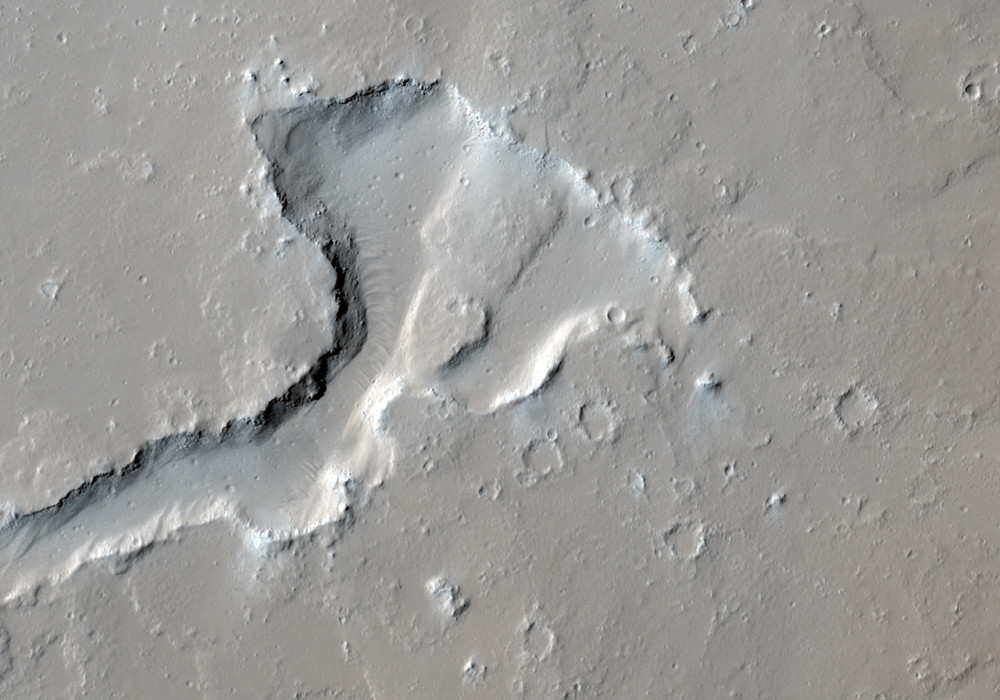