Lava Flows at the Base of Olympus Mons

This image is located at the foot of the largest volcano in the Solar System, Olympus Mons.

The entire scene is covered with a multitude of lava flows. Most of the flows consisted of relatively sticky lava that froze after flowing for only a short distance (often less than a kilometer, or about half a mile). However, a few of the flows were more fluid and actually drained out of their channels, leaving troughs with distinct levees. These “channelized” flows extend out of the HiRISE image so they must be at least several kilometers (a few miles) long.

In all likelihood, both the short and long lava flows have very similar chemical compositions. Based on experience with lava flows on Earth, the channelized flows were probably fed by more vigorous eruptions. That is, the lava flow was fed so quickly that the lava traveled a long distance before it solidified. With the shorter flows, a slow dribble of lava froze before going more than the equivalent of a few city blocks.

The ridge with two knobs in the center of the image is of special interest. The lava flows radiate away from these knobs, indicating that the flows were fed from these points. However, based on experience with the current eruption of Kilauea Volcano in Hawaii, it seems that these vents were fed by a lava tube. Thus the magma first reached the surface some distance away, then was transported through a tube to this location. A blockage in the tube would force the lava to burst out and erupt onto the surface. 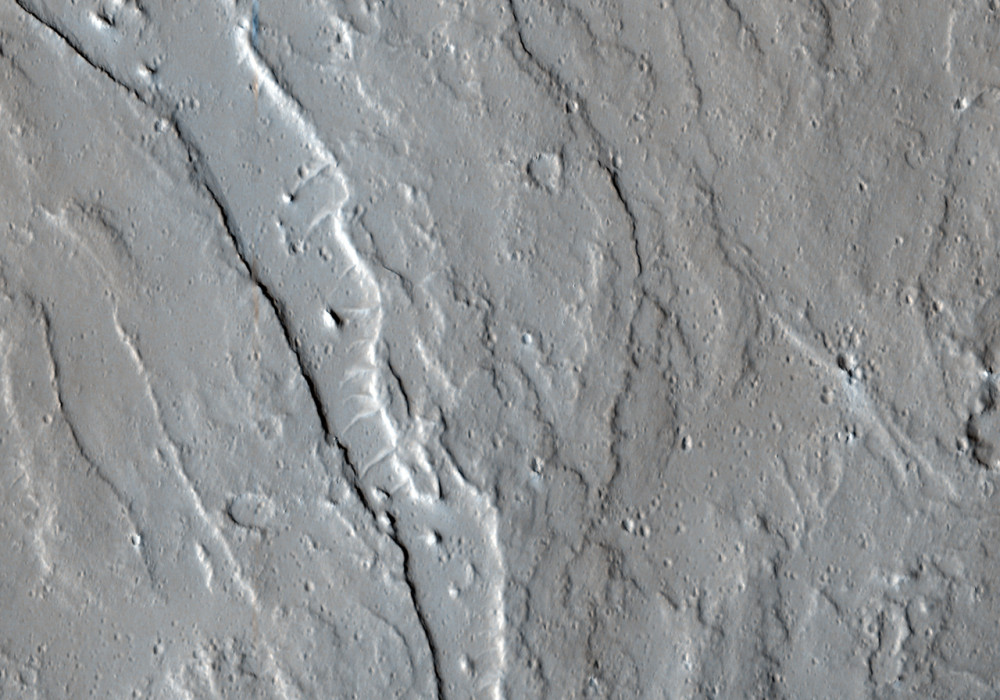