Lava Flows at the Summit of Olympus Mons

Olympus Mons, the largest volcano in the solar system, has a large depression at its top. This depression, called a “caldera” by geologists, is caused by the collapse of the top of the volcano as magma is drained out from an underground holding chamber.

Previous studies have demonstrated multiple collapses, indicating that there were holding chambers in slightly different locations within the volcano that emptied at various times. This HiRISE image examines the walls of one such collapse which exposes the layers of rock within the uppermost part of Olympus Mons.

In the sections not covered by dust, hundreds of thin discontinuous layers are visible. The thicknesses and widths of these layers are similar to those of the lava flows seen on the surface of Olympus Mons. This confirms the assumption that the volcano is built up of many thousands of similar lava flows. There is also at least one layer cutting diagonally across the stack of lava flows. This is an intrusion of magma, most likely a feeder to some of the uppermost lava flows. However, this HiRISE image indicates that such intrusions make up only a minor part of the upper section of the volcano.Written by: Laszlo P. Keszthelyi   (7 May 2008) 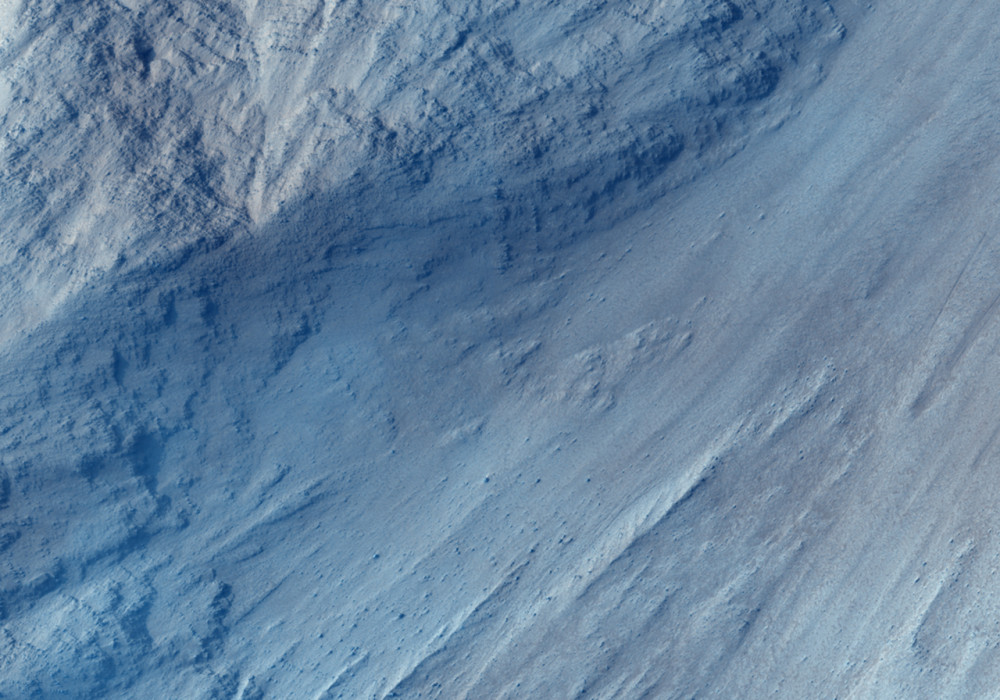