To the southwest of Arsia Mons in Daedalia Planum, wide lava flow units emanating from the volcano coalesce to form a vast volcanic plain.

In this image , multiple overlapping flow lobes are visible. The stratigraphic relationships are complex and it is difficult to tell which flows are overlapping which. The flows have differing textures. Observe the more rugged texture for the lobe at the southern end of the image. Small, wind-sculpted ridges are observed on this terrain, differentially eroding it to create the hummocky texture.

A possible lava channel is also visible running south to north across the lobe. This terrain is essentially Martian bedrock, formed perhaps as recently as a half million years ago. 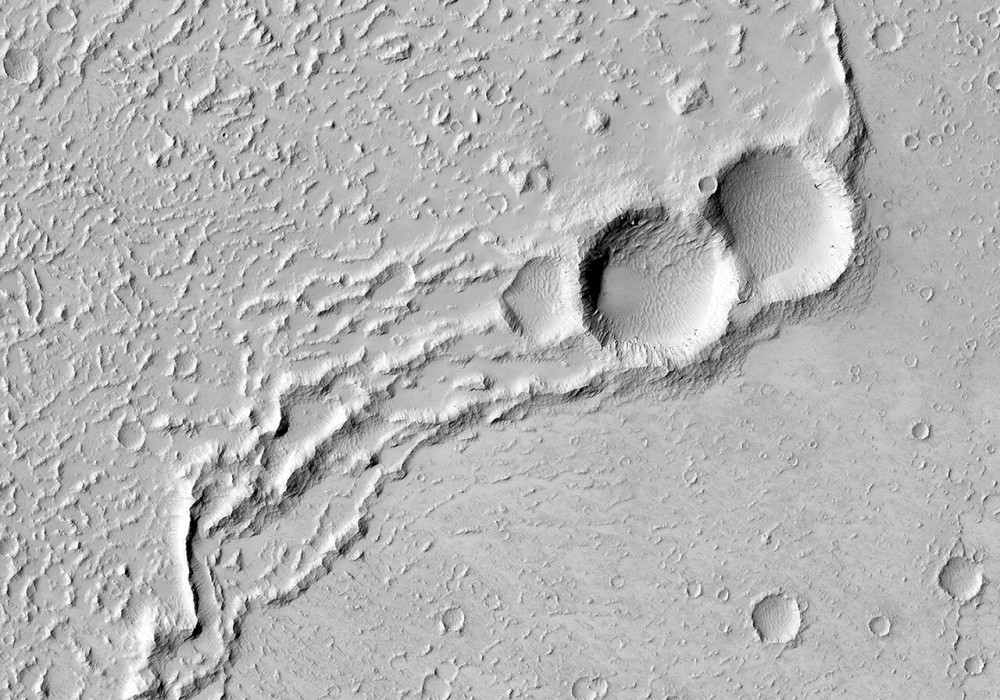