Lava That Once Flowed

This image shows some beautiful lava flows in Amazonis Planitia. Lava isn’t moving around on Mars today, but it certainly once did, and images like this one are evidence of that.

A thick lava flow came in from the west, and you can see the cooled flow lobes and wrinkled upper surface. East of the flow margin, this most recent flow also coursed over an older lava surface which shows some long, north-south breaks, and in the southeast corner, an arrowhead-shaped set of ridges. These textures are most likely from rafted slabs of lava. Under certain conditions, a large piece of lava can cool, but then detach and move like an iceberg over a cushion of still-molten lava. 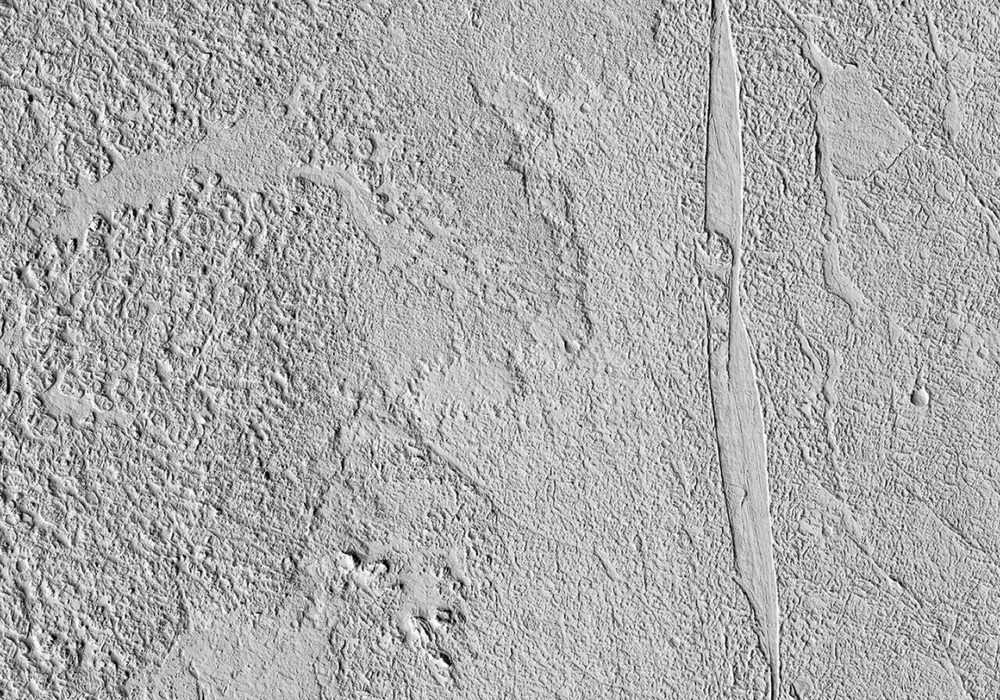