Layered deposits in Uzboi Vallis sometimes occur in alcoves along the valley and/or below where tributaries enter it. These deposits may record deposition into a large lake that once filled Uzboi Vallis when it was temporarily dammed at its northern end by the rim Holden Crater and before it was overtopped and breached allowing water to drain back out of the valley.

Layered deposits similar to those here may remain preserved where they were protected from erosion during drainage of the lake. Data from the CRISM instrument onboard MRO shows that clays are within these deposits that may differ from clays found elsewhere on the valley floor. Hence, the clays in these layers may have been washed into the lake from surrounding clay-bearing surfaces. 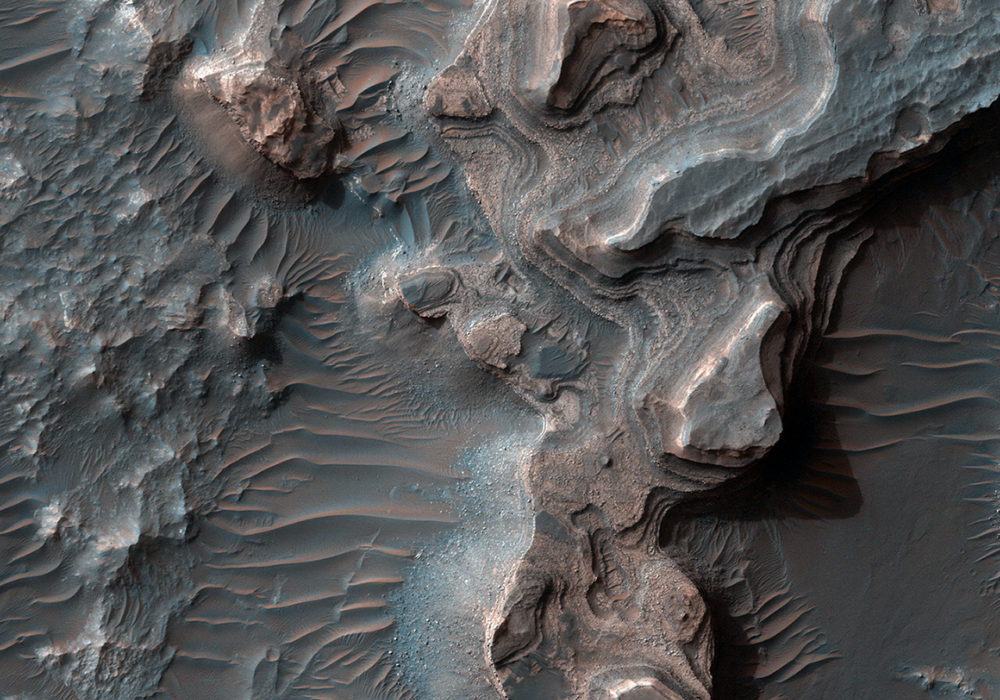