This HiRISE image shows an outcrop of material in a crater at the edge of Hellas Basin. Hellas is a massive impact crater, formed early in the history of Mars. It has a complex history that may have included episodic lakes and seas.

The deposits in this image may help unravel this history. The light band visible at low resolution is the edge of an outcrop of sedimentary rocks. Large-scale striping can be seen, probably corresponding to deposits of sand and dust on relatively flat parts of the outcrop. At full resolution, very fine bands or layers are visible in the light rock. These probably indicate small-scale layers, although it is possible that they are highlighted by trapped dust.

Although many processes can form finely layered rock, it is possible that these were deposited in an ancient lake or sea. Light deposits occur on other parts of the edge of Hellas, and lake sediments can form thin layers. In addition to deposition, these layers may also record erosion, since there are possible unconformities where one layer appears to cut off another, suggesting that the first was eroded (removed) before the second was laid down. 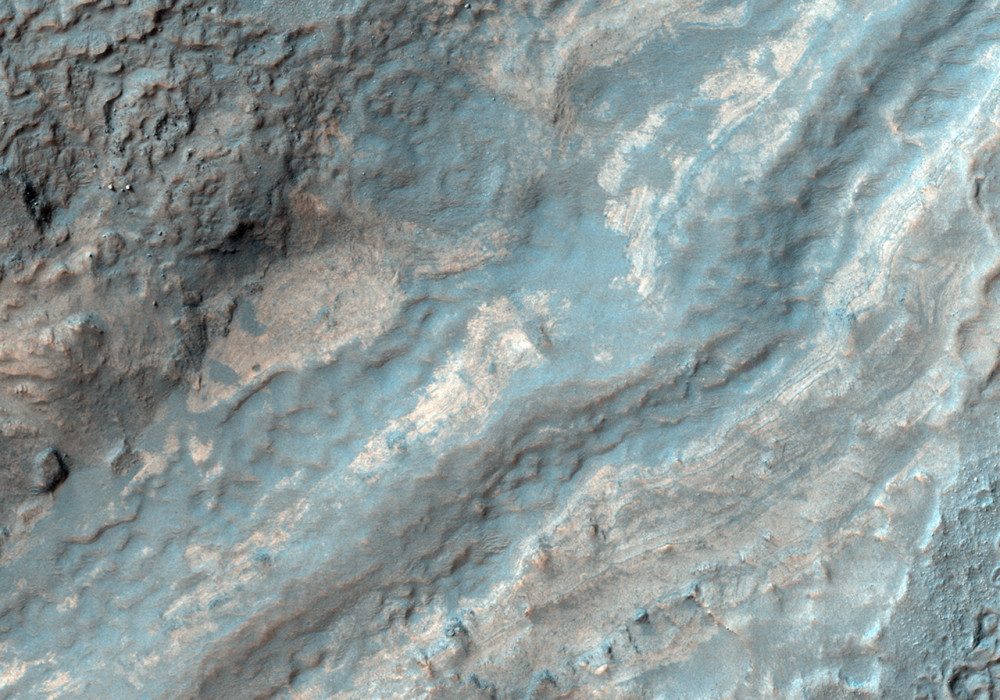