Arabia Terra is an area of Mars that has an abundance of layered deposits within impact craters.

The region of Arabia has plateau material that is thought to be part of the ancient highland crust that is Noachian in age according to Martian timescale. Thus, the layered deposits may represent some of the earliest eroded and infilled materials on Mars. In this unnamed crater, we see layering exposed along the margins of a scarp-like bench.

The layering is of particular interest because on Earth, they may represent multiple sequences of deposited material or some geologic process (subaerial or subaqueous) that has modified and/or deposited material on the surface in some constant fashion. If the layered sequences are consistently the same, we can infer that the conditions of their deposition were the same for some period of time. If the layers changed in some way (e.g., thickens and thins), then we can infer that some condition(s) caused this to happen. From these observations and analyses, scientists can attempt to quantify and reconstruct what the ancient conditions were like in this region of Mars. 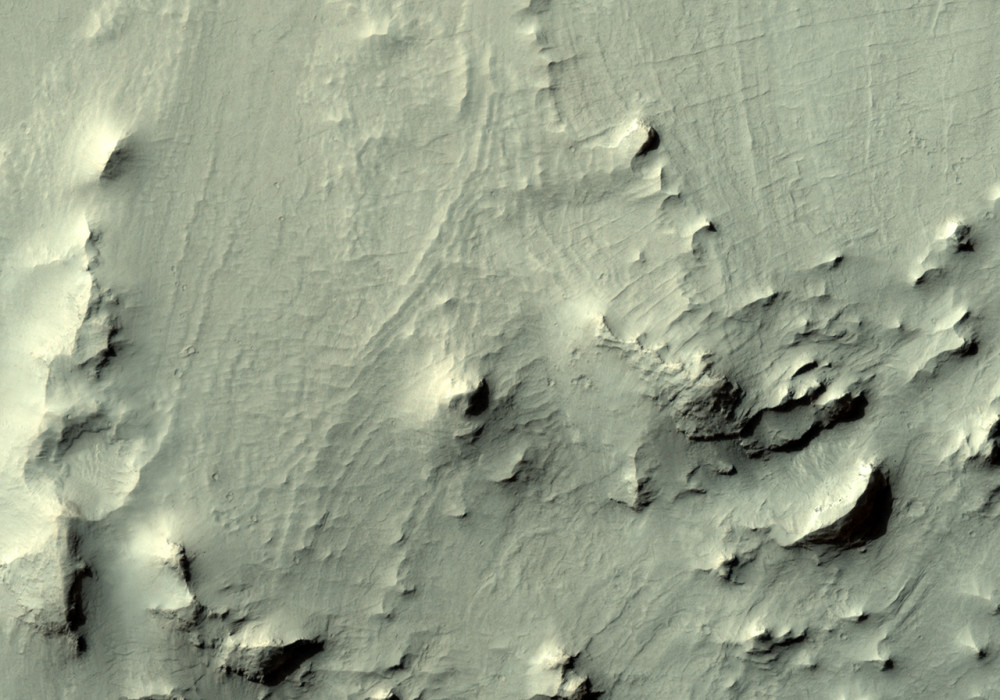