This observation shows a mesa within Coprates Chasma, a large trough in the Valles Marineris canyon system. Multiple layers, some only a few meters in thickness, are visible on the slopes descending from the edges of the flat-topped mesa.

The layered rocks could have formed from volcanic, lacustrine, or aeolian sediments that were deposited in portions of the Valles Marineris trough. Variations in the brightness of the layers may represent compositional differences. In particular, the slopes contain a prominent layer of dark material that is seemingly composed of materials more resistant to erosion than the overlying brighter layers.

Dunes and ripples can also visible on the top of the mesa. 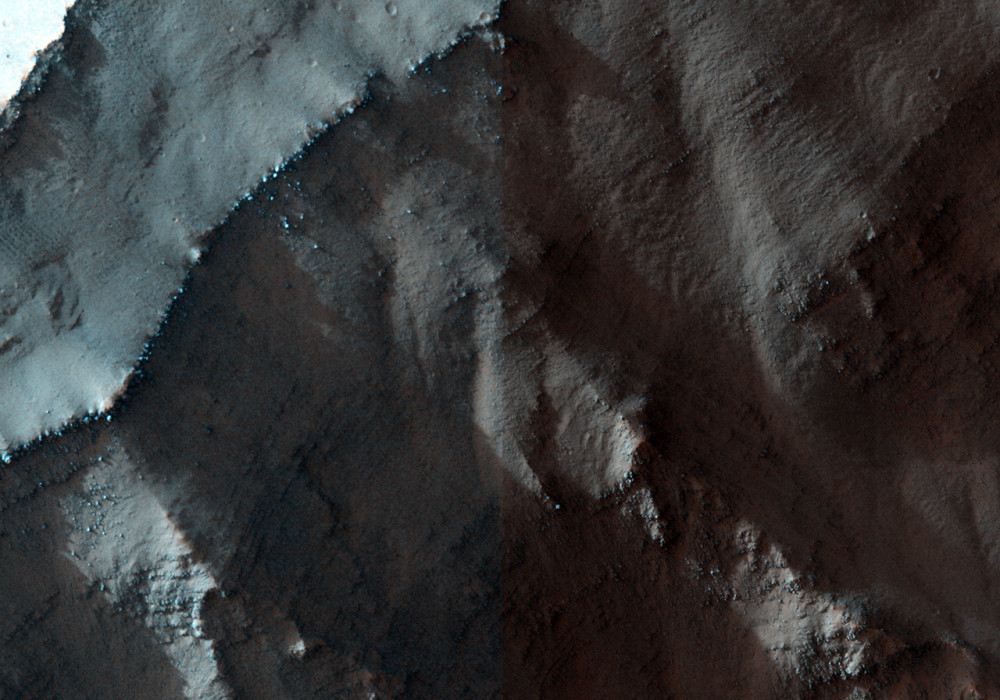