Layered Mound in a Crater

This image shows a portion of a mound partly filling an impact crater. The impact crater is a little more than 60 kilometers (37 miles) across, and the central mound about half that, extending well beyond the area shown here.

Large impact craters typically have central peaks which surge upwards in the last stage of crater formation. However, mounds like this represent a different process: sedimentary infill of the crater after its formation.

At this site, the mound appears to be layered. Step-forming layers crop out throughout the center of the image. This indicates that the mound material was deposited in a series of events, likely the same process repeating many times. Many processes could form layers like this, including aeolian (wind) deposition, volcanic ash, or lake sedimentation. Unfortunately, fine details of the layers are obscured by dust which covers most of the mound. Avalanches in this dust layer are responsible for the many small dark streaks in the image.

However the material in the mound formed, it was once even more extensive, perhaps entirely filling the crater. Wind erosion has caused the elongated, fluted shapes called yardangs. 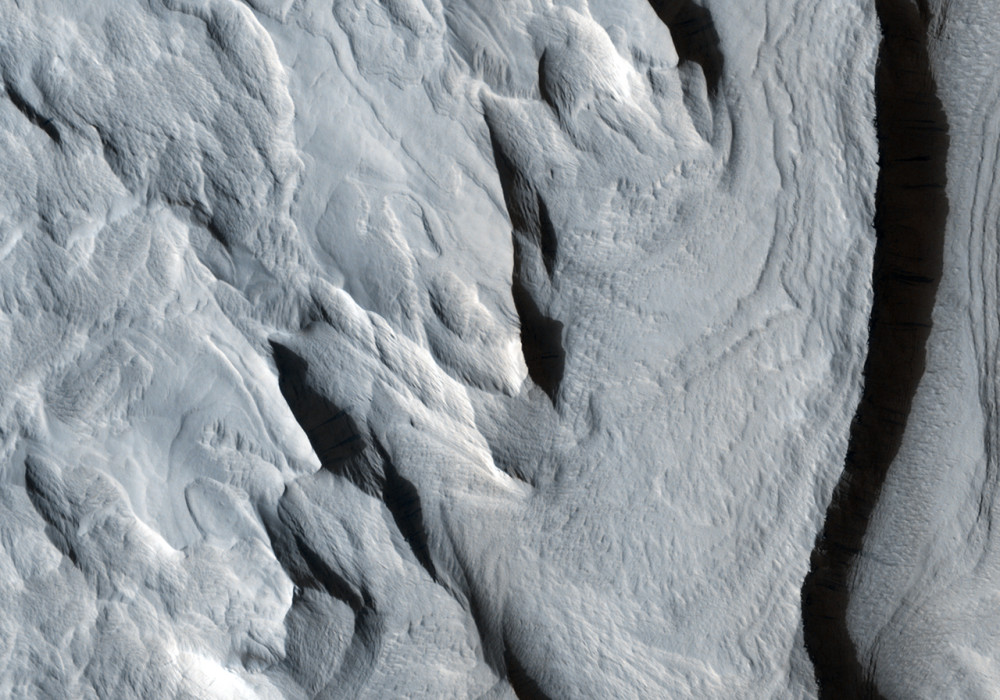