Gale Crater is approximately 150 kilometers in diameter and located near the dichotomy boundary between the Martian southern highlands and the northern lowlands.

The central mound of Gale Crater is of interest to scientists because it’s composed of light-toned layered deposits that extend higher than the rim of the crater. The origin of the sediments making up the layers is unknown, but possible formations include deposition in an ancient flood or lake, or the deposition of windblown particles such as dust or volcanic ash. Wind erosion has been an active process in Gale, modifying the layered deposits by creating sharp edges, a scalloped texture, and rounded depressions.

This image is located on the northeastern part of the central mound inside the crater. 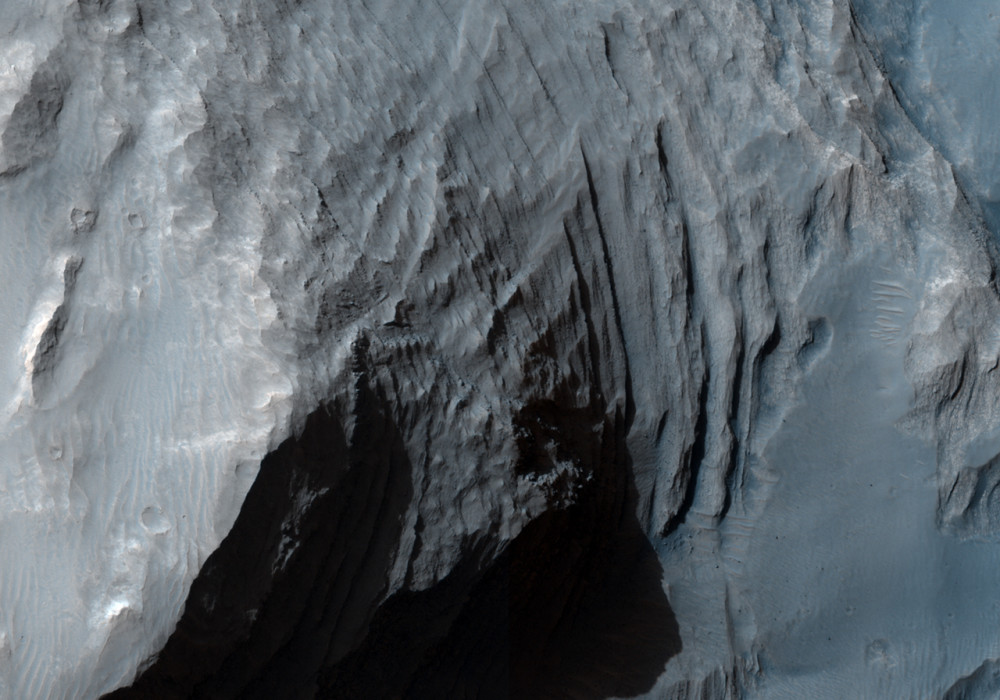