This image shows part of the floor of an impact crater on the northern rim of the giant Hellas Basin.

Hellas includes the lowest elevations on Mars, and may have once held lakes or seas; layered rock outcrops occur around much of the edge of the basin. At this site, a large impact crater (about 90 kilometers across) was partly filled by layered rocks. These rocks on the crater floor are now eroding and forming strange pits.

Here, the layers are mostly exposed on a steep slope which cuts across much of the image. On this slope, they crop out as rocky stripes, some continuous and others not. The material between the stripes is mostly covered by debris, but some areas of exposed rock are visible. The slope is capped by a thick, continuous layer that armors it against erosion; once this cap is gone, the lower material is removed rapidly, forming the steep slope. At the base of this slope, rocks on the floor of the pit appear bright and heavily fragmented by cracks known as joints.

The variation in rock types suggests that the rocks here were deposited by multiple processes or in different environments. Sites like this may preserve a record of conditions on early Mars. 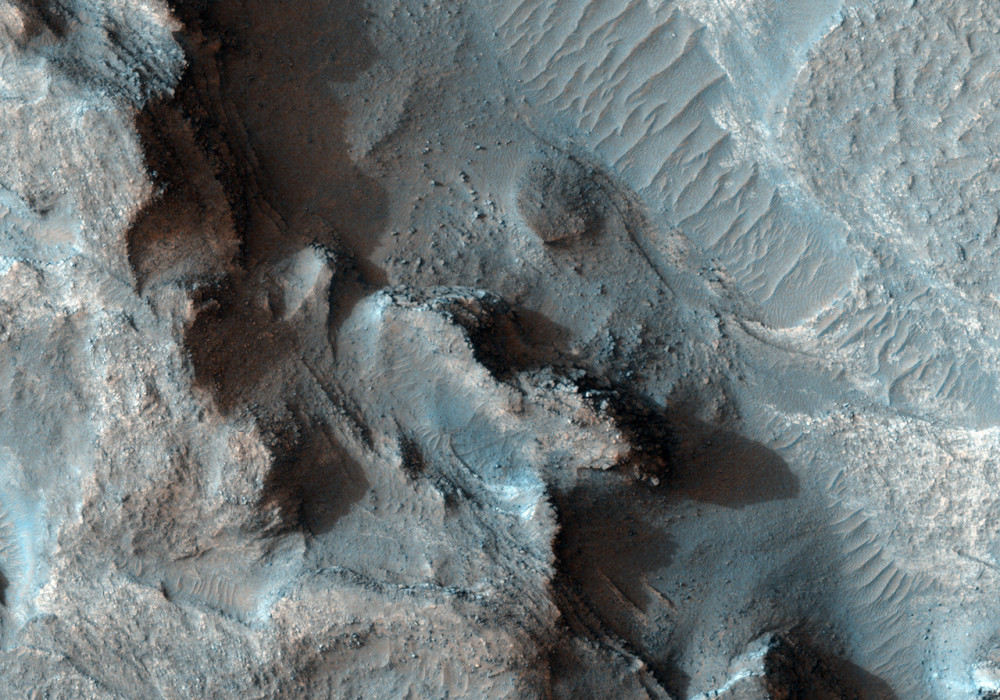