This observation shows a pit in the Noctis Labyrinthus region. Noctis Labyrintnus (“Labyrinth of Night”) lies at the western end of Valles Marineris.

It is a jumbled “checkerboard” terrain consisting of short, narrow canyons that create a mosaic of heavily fractured blocks of the Martian crust. The origin of Noctis Labyrinthus is uncertain but it is believed to have formed by tectonic forces (crustal movements) and extensive faulting related to volcanic activity in the adjoining Tharsis region. As cracks and faults opened, ice and ground water in the subsurface may have escaped, forming troughs and pits.

The pit in this image has exposed older material that was laid down in many layers. The layers can be seen particularly well in the upper walls of the pit. Many of the layers appear to be relatively thin and light toned and a few layers appear to be eroding into large boulders.

Several large, high albedo dunes are present on the floor of the pit and on the surface surrounding it.Written by: Maria Banks   (8 December 2007) 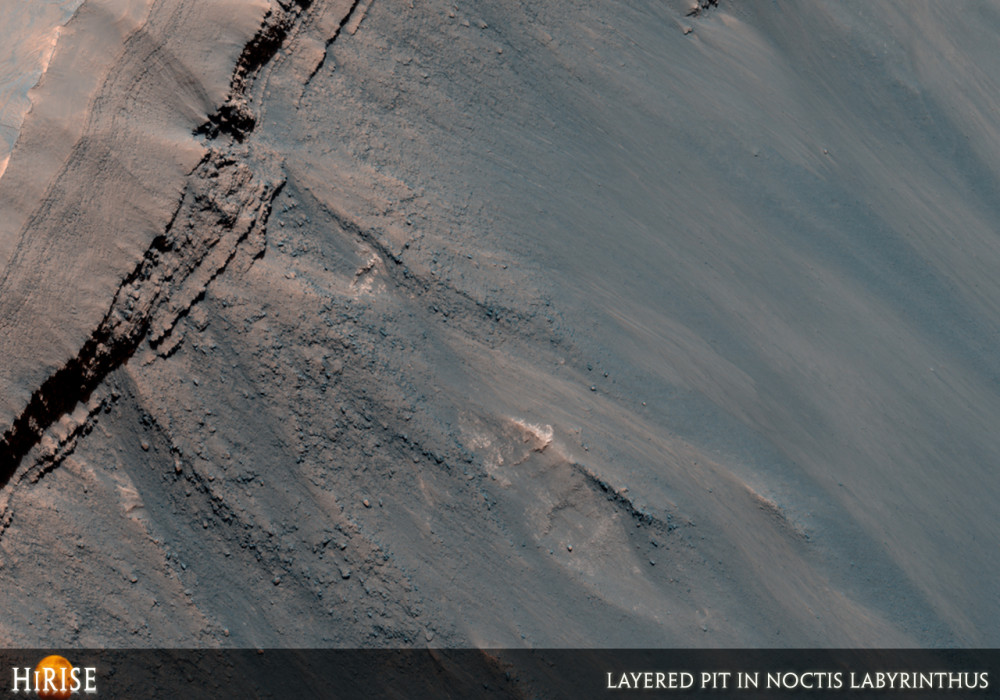