This observation shows a portion of the Gale Crater floor. Gale Crater is approximately 150 kilometers in diameter, located in Elysium Planitia, sitting near the dichotomy boundary between the Martian southern highlands and northern lowlands.

The subimage shows several light-toned layers (952 x 955; 1 MB). The origin of the sediments composing the layers is unknown and could have included deposition in an ancient flood or lake or the deposition of windblown particles such as dust or volcanic ash. The relatively uniform character of the layers and the manner of erosion suggests that the sediments are fine-grained.

The paucity of impact craters indicates that the layered deposits are either very young or that erosion has removed evidence of past cratering. Wind erosion, in particular, has modified the layers creating relatively sharp edges and rounded depressions. In general, the fact that layers are found on isolated mounds indicates that some process has eroded an originally more extensive, layered deposit. Large dunes are also visible in the lower portion of the subimage. 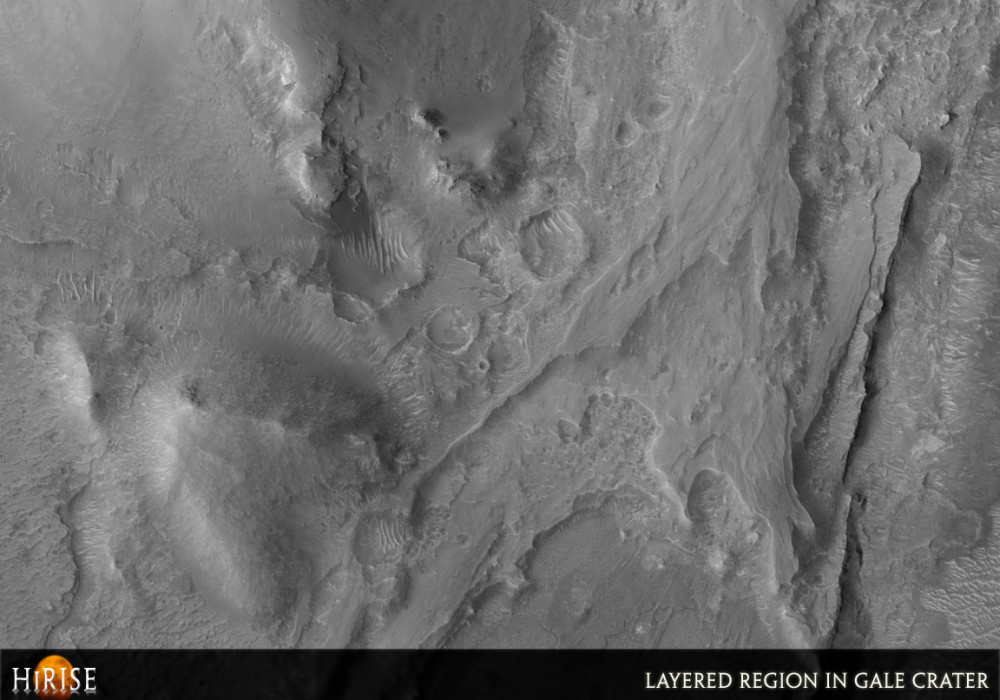