This image shows rocks on the floor of Iani Chaos, a region of collapsed and disorganized terrain.

The chaotic terrains on Mars may have been the sources of floodwaters that carved the giant outflow channels. They typically contain irregular hills like the one in the center of this image. In some cases, they also have light-toned rocks exposed on the floors. The point of interest is to determine whether these rocks predate the chaos or formed after the collapse; however, the contacts may be obscured by later material mantling the ground.

The rocks here are light-toned, and have dark low patches which are likely a thin cover of wind-blown sand. At a coarse scale, linear features are also visible in the rock, likely reflecting aeolian (wind) erosion in a preferred direction. A variety of processes could have contributed to forming these rocks, from volcanic eruptions to lake deposition or accumulation of wind-blown sand.

Stepped layers occur in places, suggesting a repetitive process. This argues for an origin as aeolian or lake-bed sediments, since volcanic eruptions may be of variable strength. 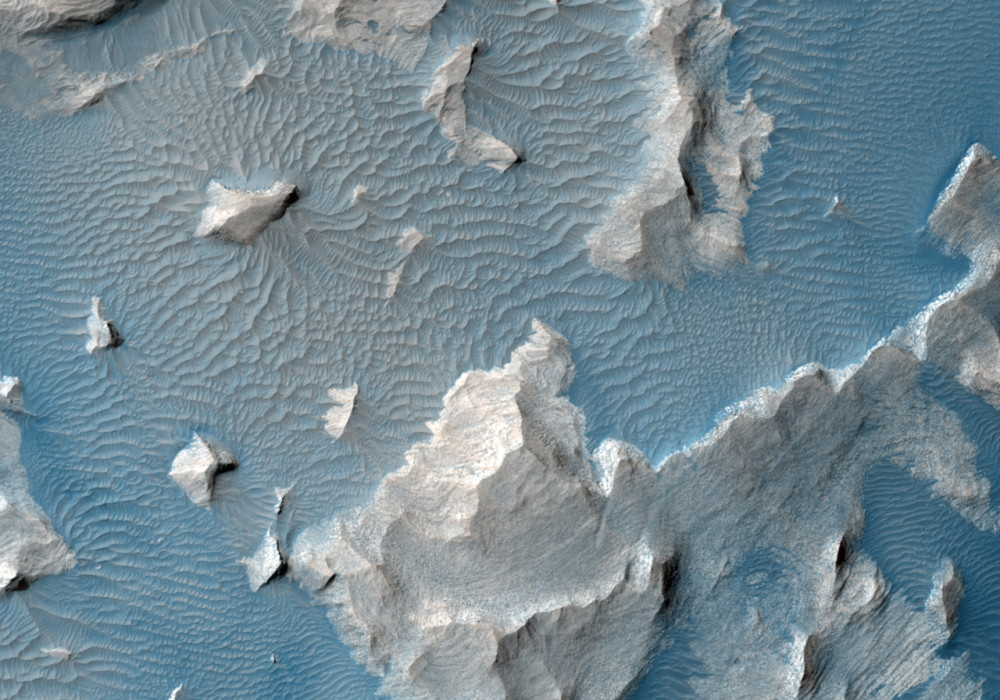