This image shows a broad expanse of light-toned sediments in Terra Meridiani, near the Martian equator. Light deposits like this are common in many parts of Mars, and indicate a history of diverse geologic processes.

The rocks here are eroding in a variety of different textures and patterns, that may correspond to changes in factors like grain size and degree of cementation, or to entirely different types of rock. There is also a substantial color diversity across the image.

Rocks like these have many possible origins. They could have been laid down in rivers or lakes, settled from the air as dust or volcanic ash, or deposited by desert sand dunes. Sand dune deposits are known to occur in this region of Mars at the landing site of the Opportunity rover, but the rocks exposed there are only part of a thick stack. Some of the rocks in this image may have been deposited in streams: the narrow ridges in the northern part of the image could be an old channel converted into a ridge. This has happened at other sites on Mars where stream beds are more resistant to erosion than their surroundings. 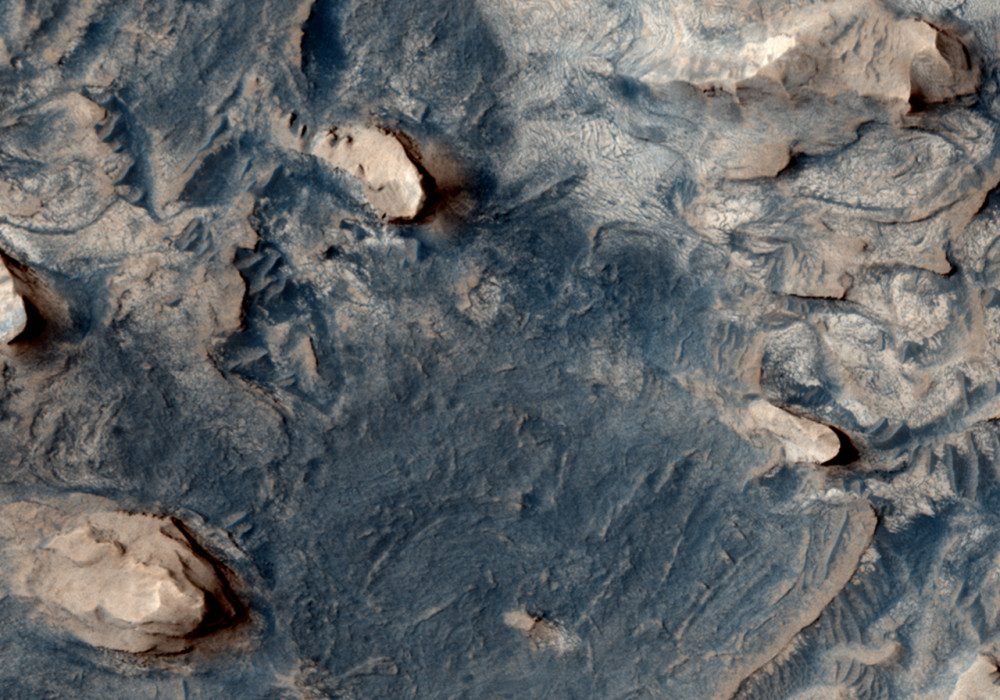