This image shows part of the floor of Orson Welles Crater, an old impact crater now connected with the Shalbatana Valles outflow channel. Part of the floor of the crater is comprised of large hummocks comparable to those found in other “chaotic terrain” on Mars; such areas are often the sources of giant flood channels.

Examined closely, the light-toned areas consist of finely-layered materials, partially buried by dark mantling material and sand dunes. Such light-toned rocks are found at a number of sites on Mars and are thought to be sedimentary. Notable color variations occur in the rocks may be a result of different compositions.

In addition to the varying light and dark bands, some of the rocks appear pale blue in the false color image while others have a yellowish tone. Another sign of variation in the rocks is the way some layers seem to form benches, while others have steep edges. This indicates that layers have different strengths, and that whatever process formed these rocks varied during deposition of the layers.

The origin of such light, layered rocks on Mars is still uncertain and probably variable. Some may be wind-deposited sandstone, like that at the MER Opportunity landing site while other outcrops could be volcanic ash like that at the MER Spirit landing site. Others may be lakebed deposits. Unraveling the history of these rocks helps provide a window into events in the Martian past. 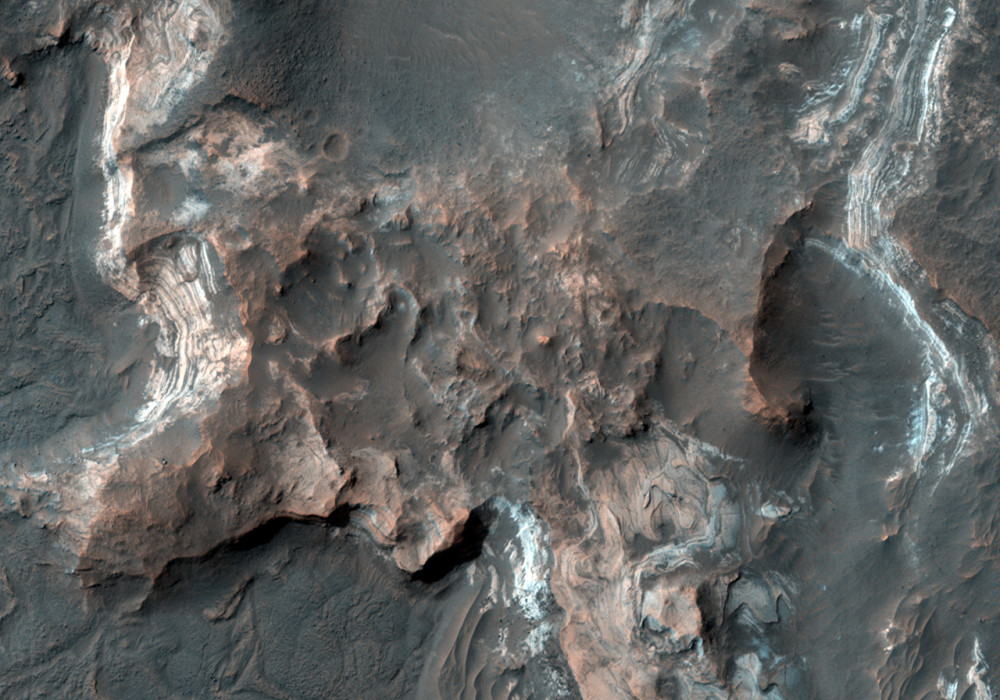