This crater is named for G. Edward Danielson, Jr. (1939–2005), who was instrumental in the development of a series of Mars cameras, from Mariner 4 launched in 1964 to the Mars Global Surveyor launched in 1996.

These layered sediments are of great interest because they are very regular in thicknesses, suggesting some sort of periodic process such as climate change associated with Mars orbital variations. 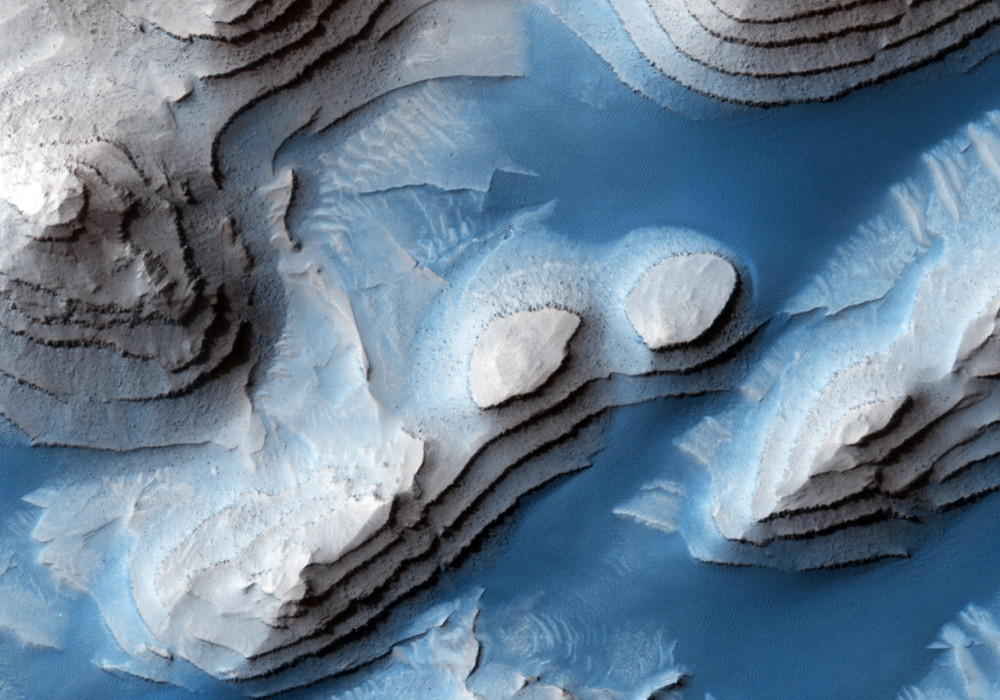