This image shows outcrops of light-toned layered rocks in the northern part of Hellas Planitia, the floor of a massive, ancient impact crater.

The floor of Hellas includes the lowest parts of the Martian surface, and has been proposed as the site of ancient lakes or seas.

The layers show some variations in color and brightness, alternating between light and dark material. The bright layers are extensively fractured into angular boulders and blocks, while the dark layers appear relatively smooth, although this could be due in part to sand or dust covering them. This alternation also appears to correspond to stairstep-like topography in places, suggesting that some layers are more resistant to erosion than others. However, in other areas, the slope is relatively constant.

Light-toned layered rocks are found in many sites on Mars, including much of the north rim of Hellas. They could have been deposited in many ways: volcanic ash, wind-blown sand, river or lake deposits. The occurrence of some of these around the edge of the deep floor of Hellas raises the possibility that these layers were deposited on the floor of an ancient lake, but other mechanisms are also possible. 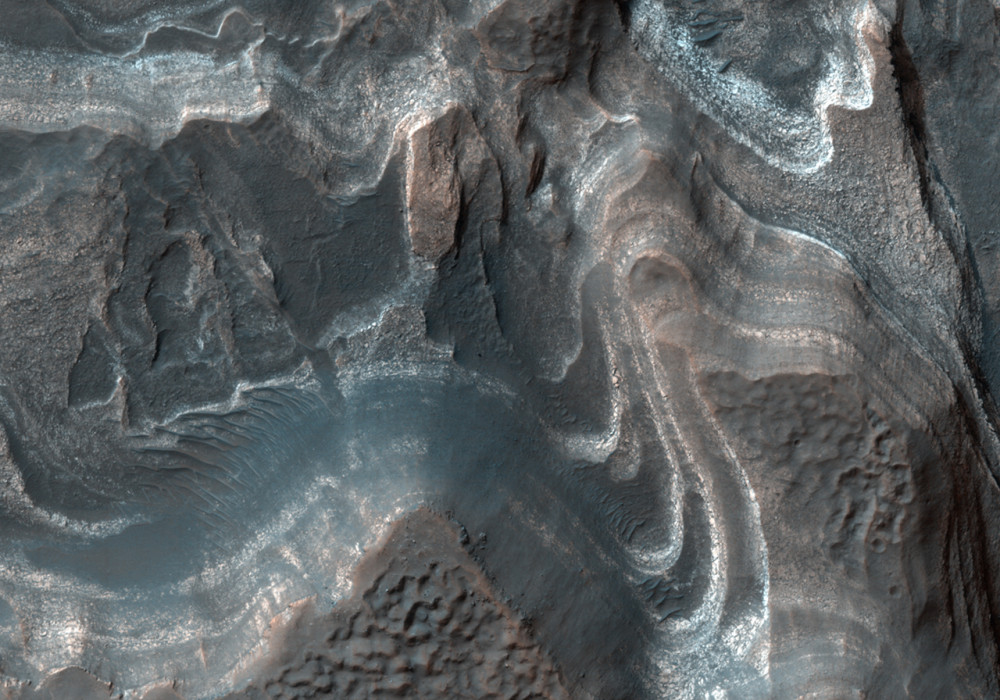