This observation shows part of a large region of layered rocks in Terby Crater, in the southern highlands of Mars. The layers show variation in thickness, brightness, and color, suggesting a diverse history.

Sedimentary rocks on Mars are often relatively light-toned. At this site both light and dark materials are visible. Light outcrops are exposed in many places, particularly in the sides of the large mesas (flat-topped hills) in this area. Light and dark layers alternate at some levels. In several places the mesas are capped by darker rock that is breaking into boulders; these layers are probably relatively strong and resistant, and help armor the mesa against erosion.

There is also a widespread, relatively dark layer that appears to mantle much of the area and drape some of the steeper slopes. This unit is relatively young and unconsolidated. It must have been deposited after most of the erosion here had occurred since it drapes the slopes, and the patchy nature suggests that it erodes relatively easily.

In many cases it is hard to determine the nature of the layers; deposits from lakes, rivers, sand dunes, or volcanic ash can form layered deposits. It is possible that several processes have contributed to the rocks here. However, one area suggests past fluvial (stream or river) deposition.

Near the center of the image, there is a region of long, sinuous ridges, once buried and now exposed by erosion. These may be old stream beds, which can turn into ridges if the bed material is coarser or better-cemented than the rocks around it. Written by: Colin Dundas   (31 January 2008) 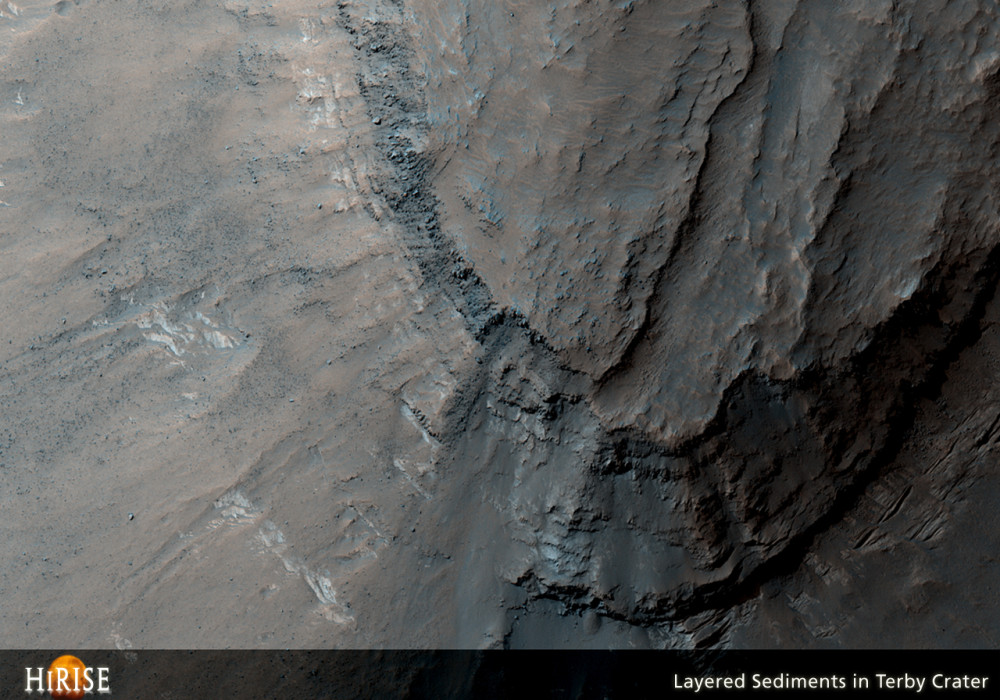