This image shows a large outcrop of layered rock in Tithonium Chasma, a part of the Valles Marineris trough system.

Light, layered sediments are found at many sites on the floor of Valles Marineris. Observations drawn from this image will help understand the history of deposition at this location, and can be compared with nearby related rocks.

A light-toned unit (tan in the RGB color image) is found through most of the image. At high resolution, this unit often shows thin layers; it resembles light deposits found at many other sites. The light-toned materials are overlain by a dark unit (blue in the RBG color) that may have been deposited over the lighter rock much later. Variations in tone and color may indicate deviations in rock properties, such as the source material, cementation, or deposition process; in some cases they may simply be due to varying amounts of dust cover.

It is still unclear how the layered rocks in Valles Marineris formed. They might be sediments laid down in lakes or streams, wind-deposited, or volcanic materials. All of these processes can form layered rocks on Earth.

The dark material in the western part of the image appears to have once been a continuous layer over the current topography, now being eroded; if it was indeed draped, rather than laid down horizontally, it was most likely formed by dust or volcanic ash settling uniformly out of the atmosphere. Written by: Colin Dundas   (12 November 2007) 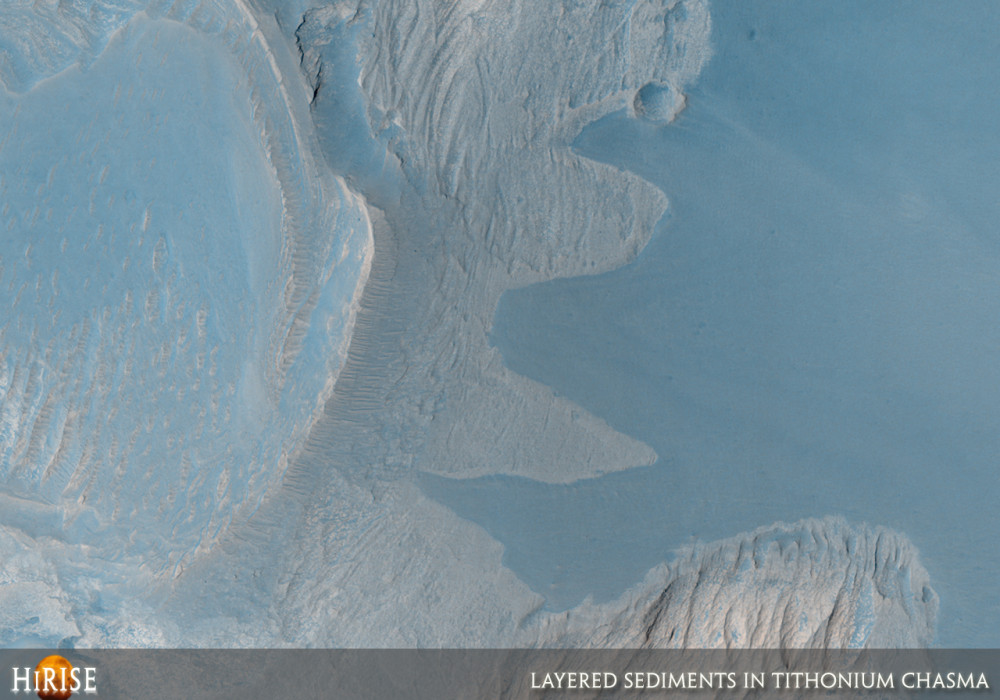