This image shows the edge of a layered shelf in a large impact crater. Sediments form a bench with a flat top and steep edge along part of the interior wall. This site shows part of the steep edge of those deposits.

The bench is formed by an upper layer that is relatively hard and resistant, while lower rocks are soft. Once the upper cap layer is removed, the weaker material below is easily eroded. This structure can be seen here: at the very top of the bench is a relatively steep lip, while material below has a muted appearance. A few steep outcrops lower on the slope suggest that there could be other strong layers.

Because of pervasive dust cover, it is difficult to learn much about the nature of the rocks here. Dust builds up by settling out after the many large Martian dust storms. (The dark streaks running downhill are seen in many dusty parts of Mars and are thought to be traces of dust avalanches). However, some small-scale structures are visible through the dust. Some fine layering is also visible, particularly near the base of the slope. The layers are probably still covered by dust, but not enough to completely obscure the underlying structure. 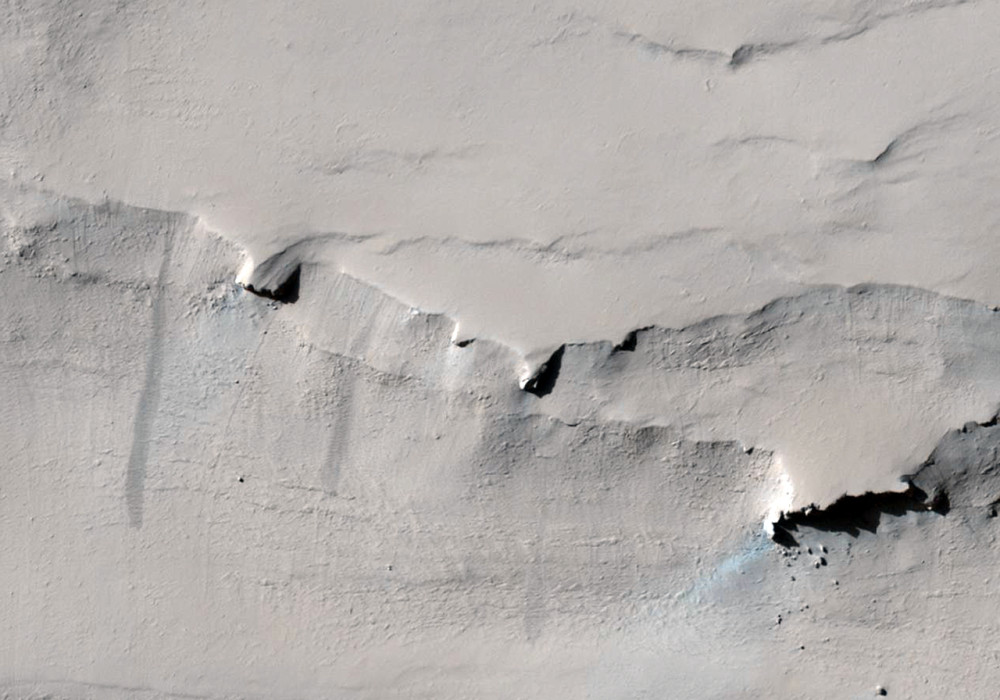