This observation shows terrain on the floor of a large, degraded crater. Many sharp ridges are visible across the image, all of them aligned in a similar direction. There are patches of dark sand in the low areas between the ridges and on the ridge slopes.

What creates these sharp ridges? This layered terrain has been sculpted by the wind. The aligned ridges are called yardangs, which are formed in areas where the dominant erosional force is the wind. Yardangs are also found on Earth, usually in very dry areas. 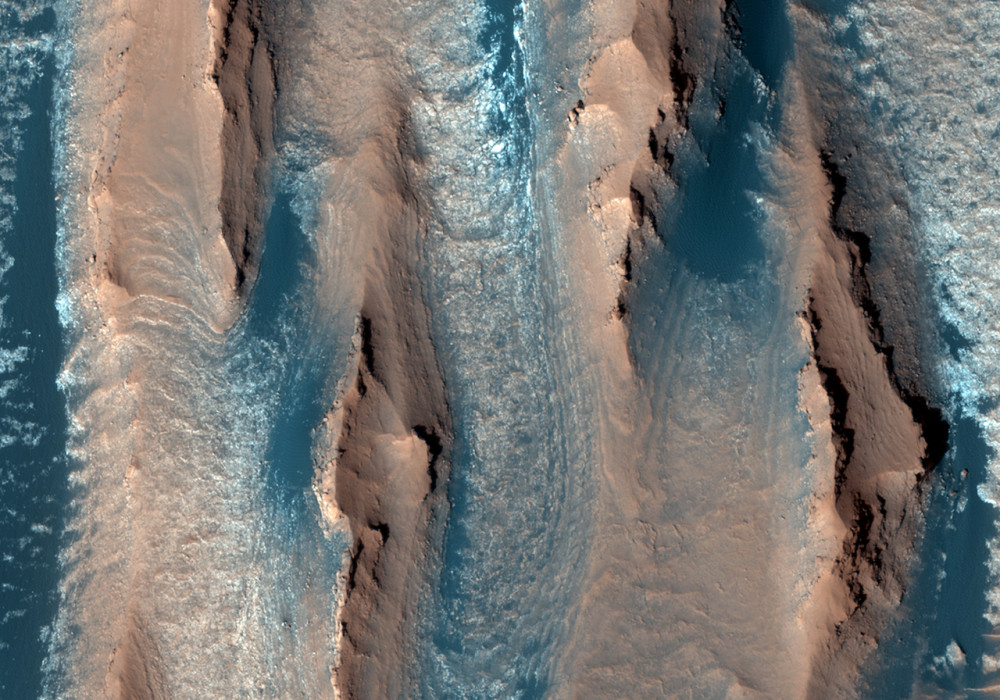