This observation shows a sequence of layered sedimentary rocks exposed along the wall of Ganges Chasma.

Ganges Chasma is in the northeast part of the Valles Marineris system and cuts through surrounding plains interpreted to have been resurfaced by flowing lava. The Chasma is believed to have formed due to the collapse of plateau rocks along fault systems.

The plateau above the chasma is at the left side of the image and the wall of the trough descends to the east.

The layered sequence consists of many beds that are generally horizontal and laterally continuous. Some more pronounced layers appear to be weathering to form large-scale boulders ( see subimage ). Many thinner layers are apparent near the top of the wall. Material has also formed spurs and ridges along the wall of the trough. Written by: Maria Banks   (23 November 2007) 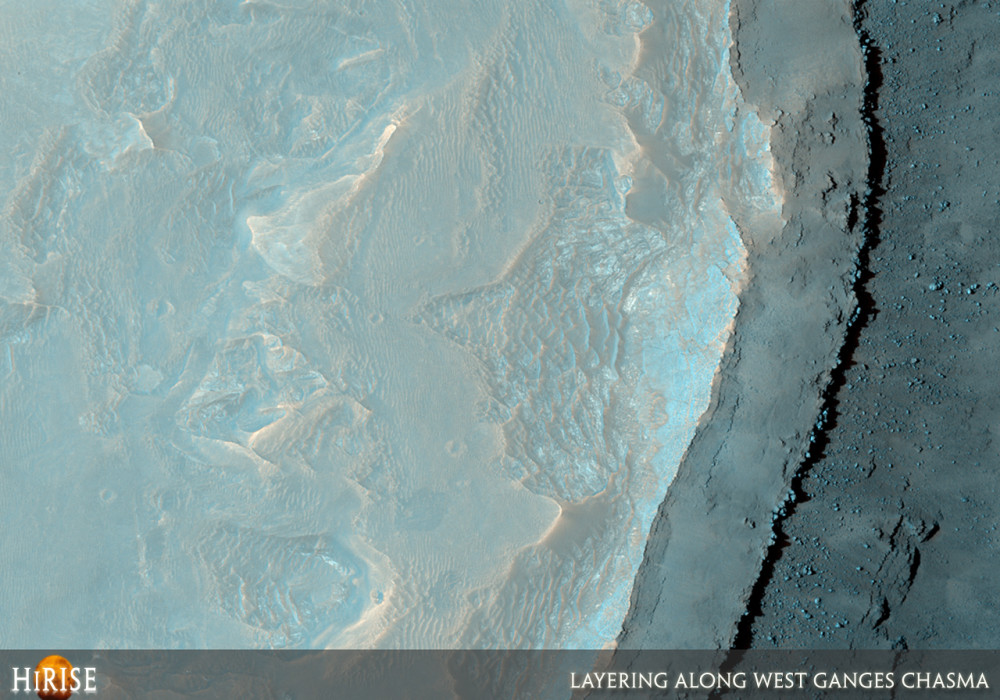