This image shows the geologic contact between the walls of Ganges Chasma and the adjacent plains. Ganges Chasma is one of several deep troughs that make up the Valles Marineris system on Mars.

The bright deposit is mantled by aeolian debris and dust, but along cliffs where erosion has exposed fresher surfaces, one can see meter-scale layering that appears smoother and brighter than the layering visible in the underlying lava flows. Some scientists interpret the layers in this deposit to be sediments laid down by water activity from a channel system located to the west, but explosive volcanism and aeolian airfall can also produce this fine-scale layering. 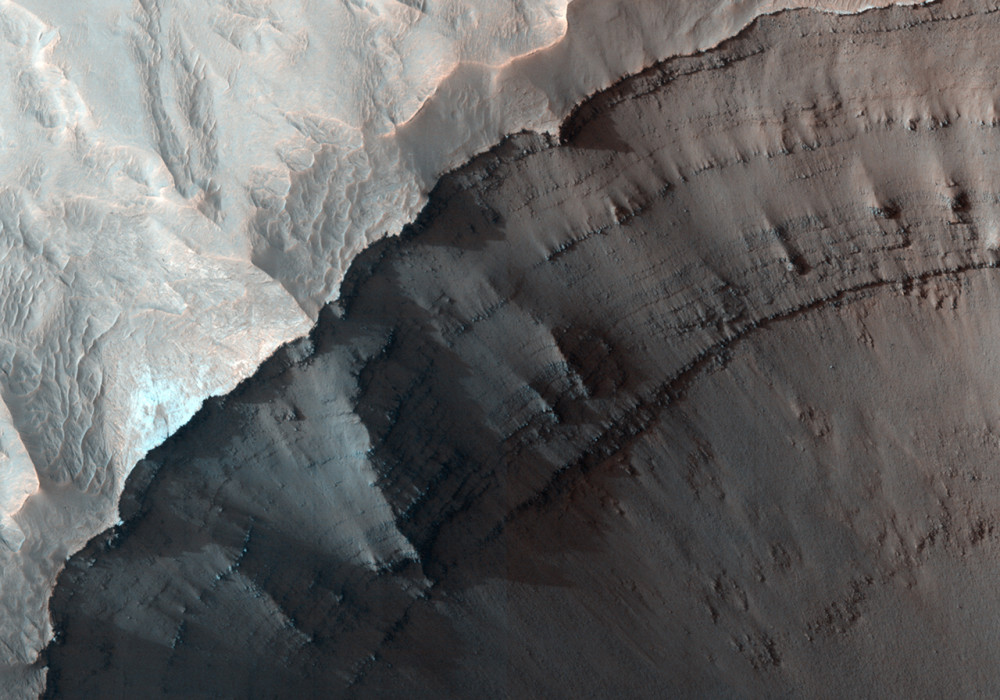