This observation features an exhumed crater in Meridiani Planum, an equatorial region where the MER Rover Opportunity has been exploring the Martian surface since January 2004.

An exhumed crater is one that formed a long time ago and was later infilled with materials and buried. Subsequent erosion has caused this crater to become exposed at the surface once again.

The crater interior contains a sequence of layers that are remnants of the material that originally filled the crater. The layers were deposited then became cemented as overlying layers pressed them down. The sequence of layers has not eroded evenly because different layer compositions and other factors, such as cementation and chemical alteration, can make certain locations more resistant to erosion. 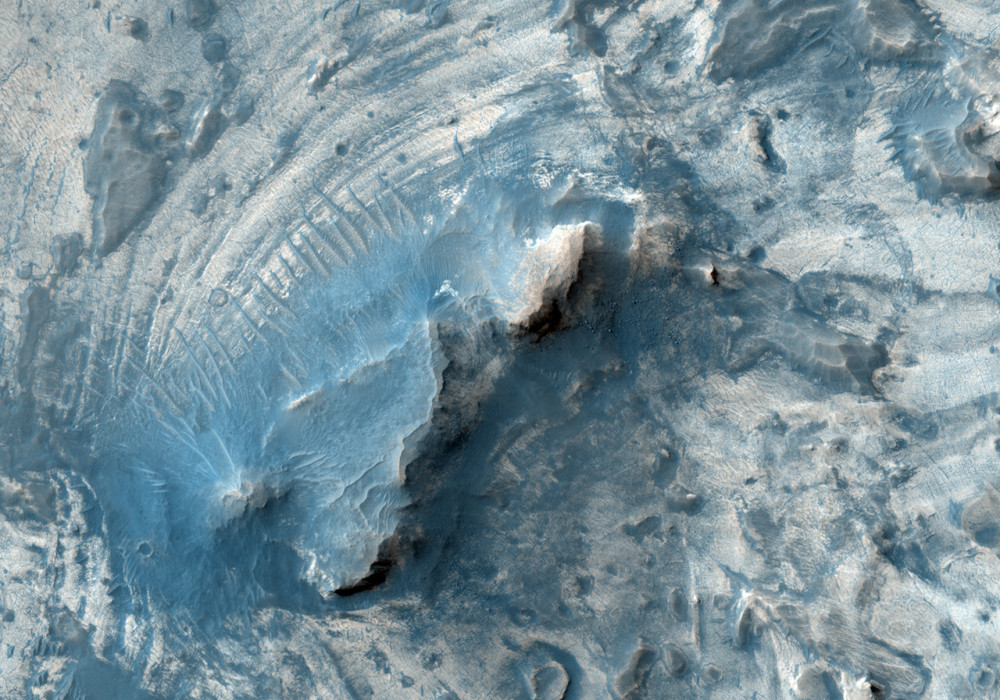