In this recent HiRISE image, we can see quite a spectacular layering pattern inside an impact crater called Spallanzani. Seeing layering is always exciting to geologists because it implies that the region has experienced multiple climatic conditions or geologic processes through time. The study of layering is so important in geology that it has its own dedicated branch of study: stratigraphy!

Commonly, layering implies different lithologies (i.e., rock types). However, sometimes the layers could be of very similar composition but formed in different periods of time. This could happen for example in the case of annual flood deposits from rivers, multiple volcanic eruptions, or annual or periodic deposition of ice-rich material.

So what is the composition of these layers? Spallanzani Crater lies in the high latitudes of the Southern hemisphere (around 60 degrees in latitude) so there is a good possibility that the deposits are ice-rich. If we look more closely we will notice fractured mounds, which sometimes indicate the presence of subsurface ice. Another interesting observation is the presence of grooves in the shaded slopes of some of the layers. Perhaps these grooves formed because of the sublimation (the direct transfer of solid ice to water vapor) of ice from these slopes since slopes tend to get warmer than the surrounding terrains.

A close inspection of this image may help answer this question and investigate the multiple cycles in which these deposits were laid down as well as the duration of these individual cycles. 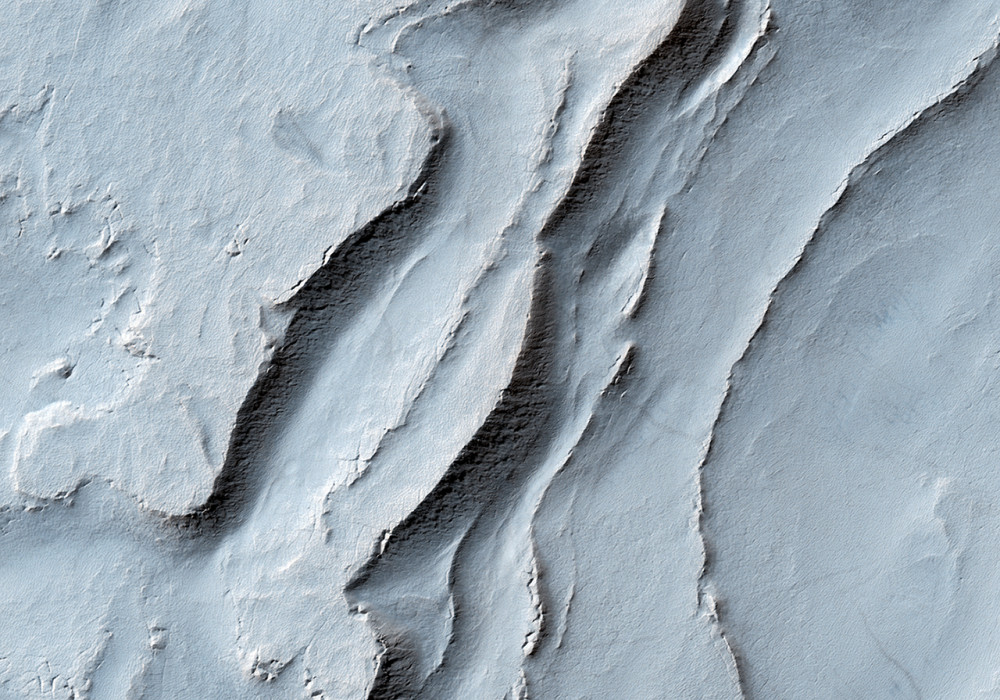