This subimage shows layering in a light-toned deposit in Melas Chasma.

The layers are sedimentary in origin, but there are many processes that could have deposited them, such as volcanic airfall from explosive eruptions, or dust-size particles settling out of the atmosphere due to cyclic changes, and deposition in standing bodies of water.

By looking at the slopes in the layers and how the layers intersect each other, scientists can rule out various origins. A darker material can be seen covering much of the layered deposit. Some of this dark material is loose and can be seen accumulating as debris aprons at the base of steep slopes. Other dark material appears indurated and has been eroded by the wind to form etched edges with topographic expressions.

The lack of impact craters on the layered deposit indicates that it is a relatively young deposit, or the craters have been removed by the wind, or the deposit was quickly buried and is now being exhumed. 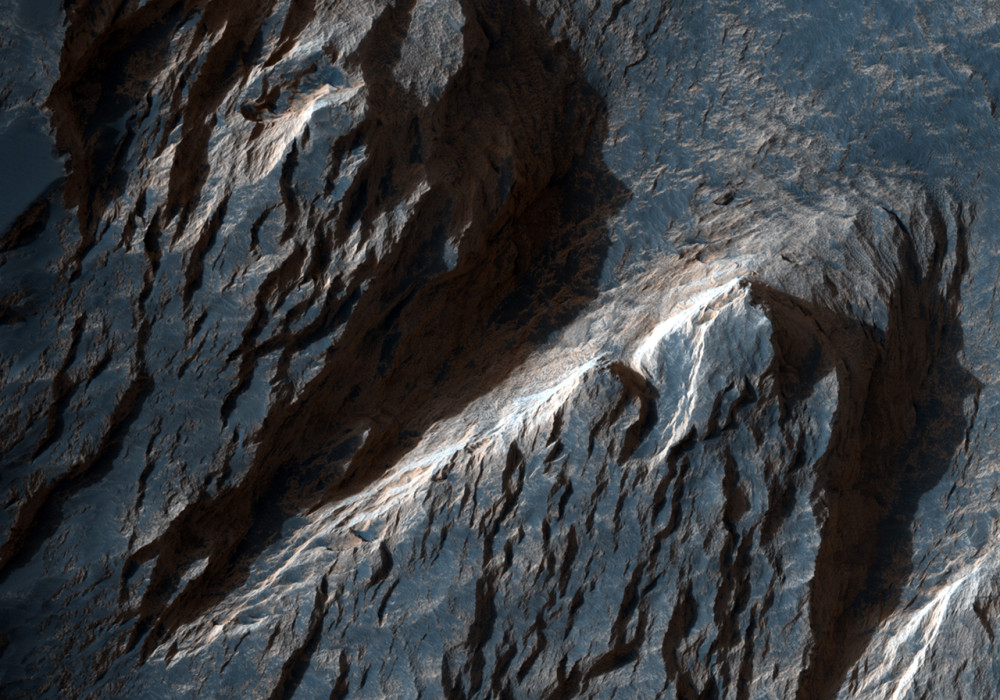