Layers and Sand on the Floor of Schiaparelli Crater

Schiaparelli Crater is a 460 kilometer (286 mile) wide multi-ring structure. However, it is a very shallow crater, apparently filled by younger materials such as lava and/or fluvial and aeolian sediments.

Most of the floor is covered by a thin layer of dust, but in places where there are patches of dark sand, there is also well-exposed bedrock. This sand-bedrock association is commonly seen on Mars, and most likely, the sand is actively saltating (hopping in the wind) and kicks off the dust.

The enhanced-color cutout reveals the relatively bright bedrock, which has a morphology similar to other deposits on Mars interpreted as “dust-stone”, or ancient dust deposits that have been hardened into coherent bedrock.

In summary, one interpretation is that actively-moving sand kicks off the loose dust so we can see the hardened dust. 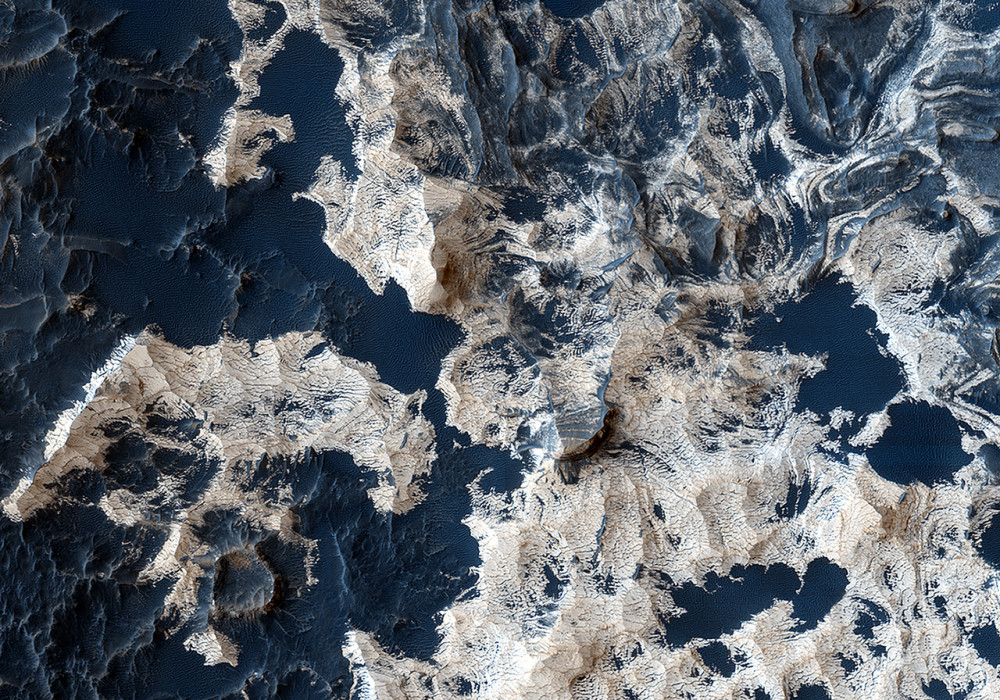