Layers and Slope Streaks within Valleys along the Highland-Lowland Boundary

This image shows slope streaks and layering on the walls of a valley along the border between the Martian southern highlands and northern lowlands ( see the subimage ). At the bottom of the valley and in the lower portion of the valley walls are many large dunes.

The slope streaks generally start at a point source and widen downslope as a single streak or branch into multiple streaks. Some of the slope streaks show evidence that downslope movement is being diverted around obstacles, such as large boulders. In particular, several of the slope streaks in this image appear to be diverting around individual dunes, with downslope movement occurring in the low troughs between the dunes. The darkest slope streaks are youngest and cross cut and lie on top of the older and lighter-toned streaks. The lighter-toned streaks are believed to be dark streaks that are lightening with time as new dust is deposited on their surface.

Slope streak formation is among the few known processes currently active on Mars. Since the slope streaks in this image appear to superpose (lie on top of) the surfaces between individual dunes, the streaks most likely formed more recently and are younger than the dunes.

Many hypotheses have been proposed for the formation of slope streaks including dry avalanching, geochemical weathering, liquid stains or flows, and moisture wickering. Recent observations from HiRISE images have revealed that the dark interior of slope streaks is lower in elevation than the surroundings, suggesting that material must have been removed in the formation of the streak. Written by: Maria Banks   (19 March 2008) 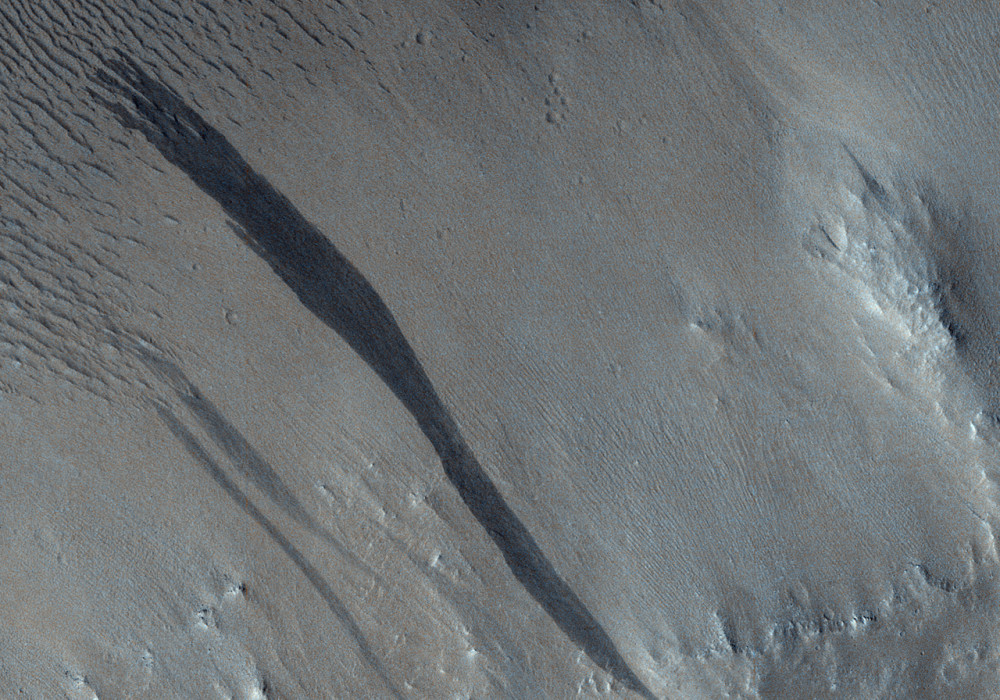