Hydrae Chasma is a deep, circular depression approximately 50 kilometers across, situated between Juventae Chasma to the north and the large canyon system Valles Marineris to the south. The Chasma has steep walls flanked by numerous landslides and a massive scarp along its southern boundary where the surface has collapsed into this depression.

This closeup is of an isolated flat-topped mountain (known as a mesa) rising out of a sea of dunes located in the center of Hydrae Chasma. Darker-toned dunes, likely composed of basaltic sands, form an apron along the base of the mesa’s northern margin. The western side of the mesa is gently sloping and is composed of a highly fractured light-toned rubbly base. It is overlaid by alternating light and dark layered cliff-forming units and is covered by a sediment cap containing still more dunes.

The layered sequences are present only in the interior deposits and not in the walls of the Chasma. Similar deposits are located on the floors of Valles Marineris and other chasmata and may be the sediment remnants of ancient lakes formed within these canyon systems. 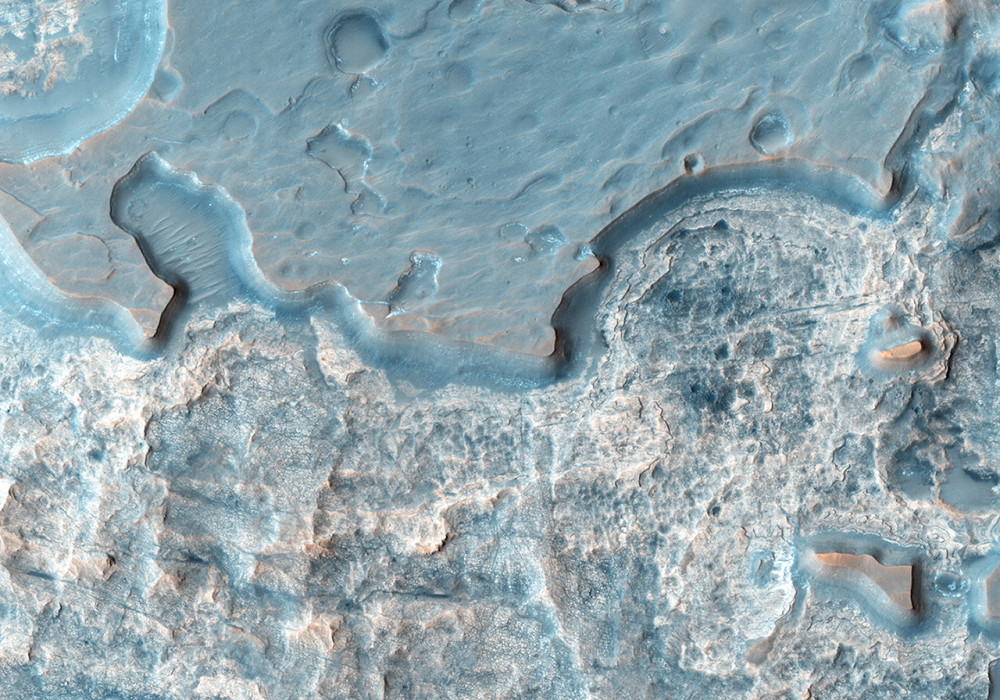