This image covers an impact crater roughly 4 kilometers (2.5 miles) in diameter. The portion highlighted shows a one kilometer segment of the crater wall and rim.

The surface outside the crater is relatively dark, while the interior wall of the crater exposes lighter, layered bedrock of diverse colors. A few dark patches on the crater wall have small dunes or ripples on their surfaces, and are likely pits filled with dark sand. The crater provides a window into the subsurface of Mars, revealing layered sedimentary deposits.

Just 30 kilometers (20 miles) to the East of this crater lies Mawrth Vallis, an ancient channel that may have been carved by catastrophic floods. In layered deposits surrounding Mawrth Vallis, the orbiting spectrometers OMEGA (on Mars Express ) and CRISM (on MRO ) have detected phyllosilicate (clay) minerals, which must have formed in the presence of water. In this region on Mars, the colors of layers seen by HiRISE often correlate with distinct water-bearing minerals observed by CRISM, so the color diversity seen here may reflect a dynamic environment at this location on early Mars.

Note: the color in these images is enhanced; it is not as it would normally appear to the human eye. 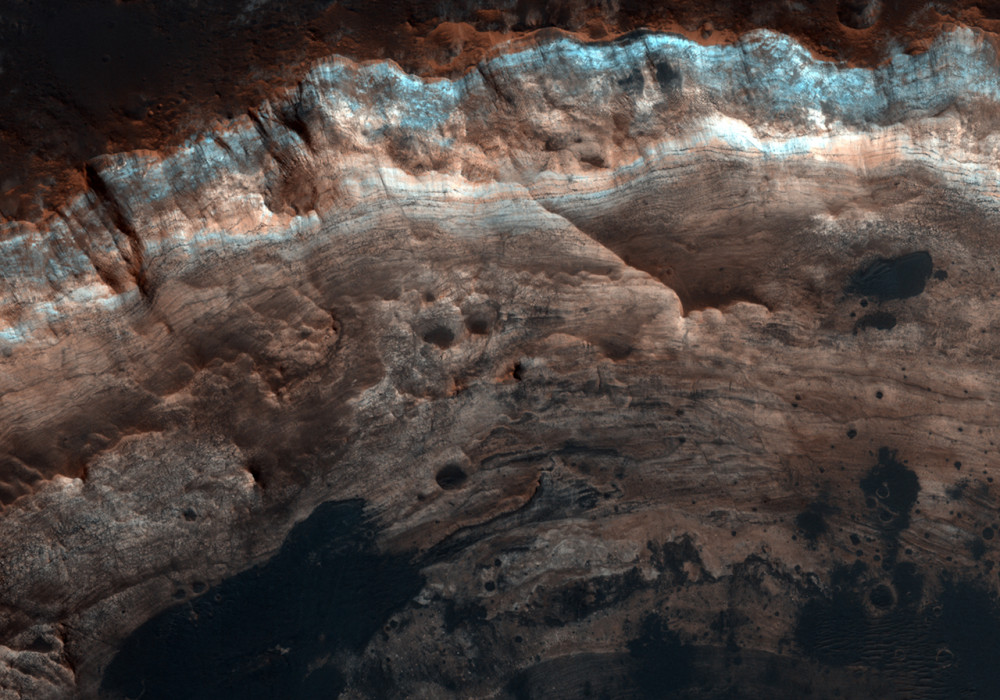