Layers Exposed Near the Mouth of Ladon Valles

This image crosses the mouth of Ladon Valles where it enters into Ladon Basin in Margaritifer Terra. Ladon Valles is an outflow channel forming a segment of a larger system that heads in Argyre basin to the south and eventually links up with the larger Ares Valles outflow channel to the north.

Water flowing out of Ladon Valles appears to have ponded within Ladon basin, as evidenced by the numerous exposed layers. It is possible that these layers are exposed as a result of late flow down Ladon Valles that occurred after Holden Crater formed to the southwest. This late flow may have eroded the pre-existing layers deposited by prior flow. 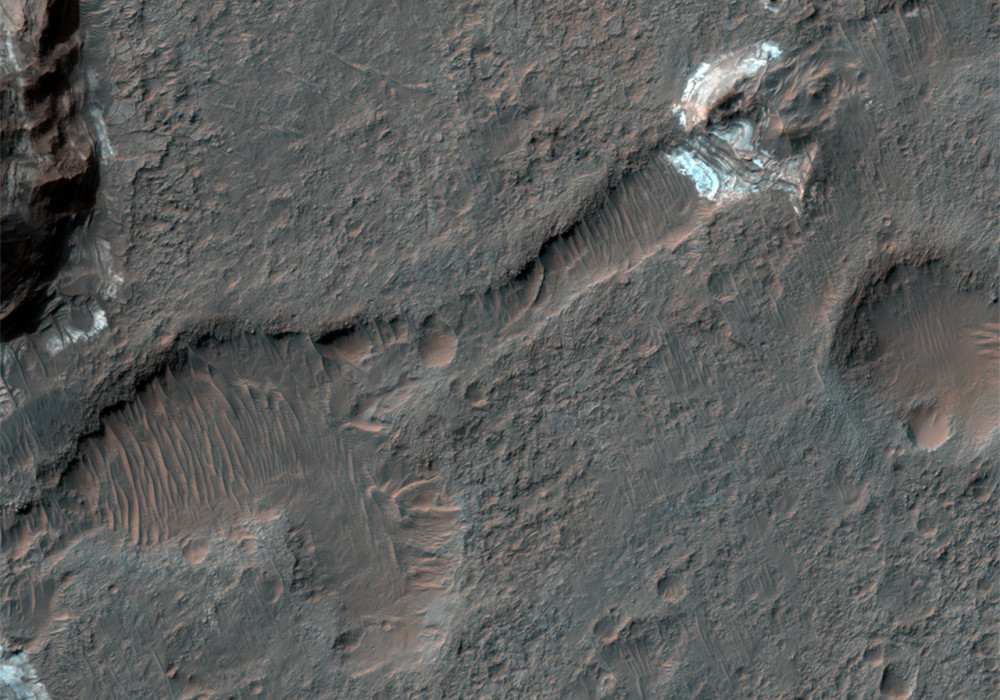