Layers in a Central Mound in Gale Crater

This image shows a portion of the central mound in the impact crater Gale that is of interest to scientists because it is composed of light-toned layered deposits.

The layered deposits could have formed in a water environment if a lake once filled the crater. Alternatively, particles suspended in the atmosphere, such as dust or volcanic ash, could have built up the layers over time.

By using HiRISE images to see details in the layers, such as how their thicknesses vary horizontally and vertically, scientists can narrow down the potential origins.

The paucity of impact craters on the layered deposits indicates that either the deposits are very young, or more likely that they are being eroded to remove these craters. Wind erosion has modified the layers after they formed, creating both sharp corners and rounded depressions along the surface. Meter-size boulders are visible at the base of steep cliffs, but the scarcity of boulders elsewhere suggests most of the erosion is occurring by the wind rather than downslope movement of material. 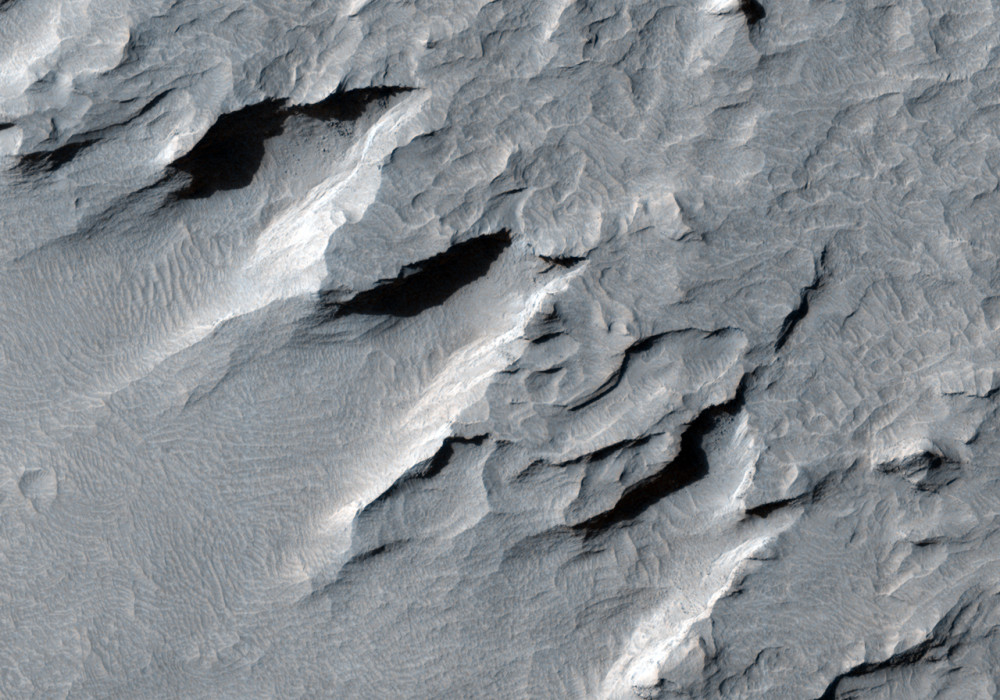