Layers in a Scarp on Olympus Mons

This observation shows a small portion of the scarp (cliff) that surrounds the largest volcano in the solar system, Olympus Mons.

The scarp is of unknown origin. It may have formed from faulting or other tectonic processes resulting from the heavy loading of the Martian crust in this location. The bottom of the image shows the cratered flanks of Olympus Mons.

Mars does not have plate tectonics, which causes the magma to build a volcano in one location making Olympus Mons so large. 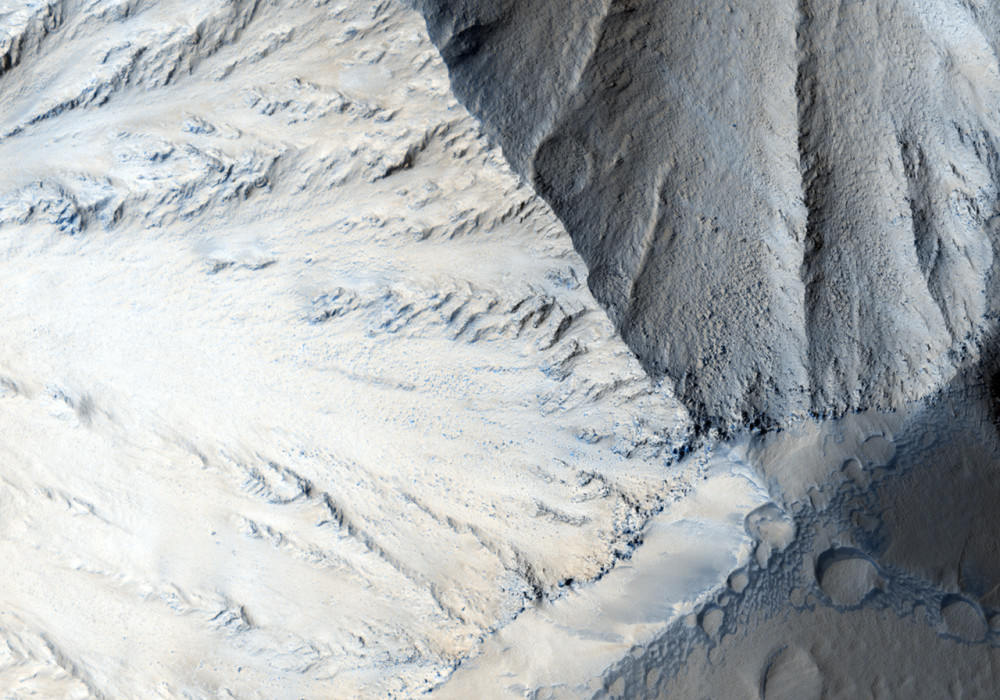