This HiRISE image shows bright layers on the floor of Columbus Crater, a large impact basin in the Southern highlands of Mars.

The crater is very old and has gone through much modification. Its rim is relatively low and the floor is flat, and it is likely that material has been eroded from the rim and deposited on the crater floor.

The bright stripes that appear in this image at low resolution are likely sedimentary deposits. This bright material includes dark patches which may be embedded within it, or the dark material could be covering the light. The small-scale topography is rugged, likely an erosional characteristic of the dark material which covers much of the surface.

Bright materials like those visible here are found in many places on Mars. In this case, it is likely that they are part of the sediments that have filled the basin, but it is not certain how they were deposited. In many places, bright sediments exhibit fine horizontal banding, suggesting that they were once part of more extensive, flat-lying layers of rock. In the bright materials here, layering is rare and the original geometry somewhat more obscure. Impact craters in the scene have excavated the dark surface, but in several cases this has not exposed much layering or bright material.
Written by: Colin Dundas   (22 December 2010) 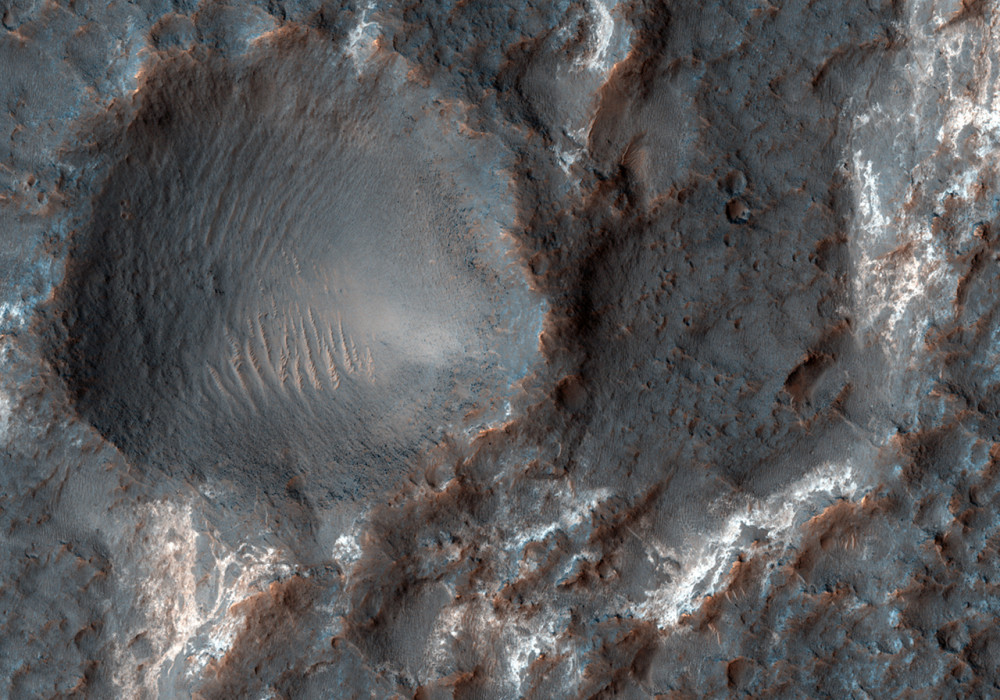