These two craters show distinct bright layers around their rims. The crater on the top formed after the other, and its rim is sharp and less degraded, showing that it is younger.

At the juncture of the two craters is a landslide ( flowing into the top crater ) that probably formed during the late stages of the top crater’s own formation or perhaps shortly after that. 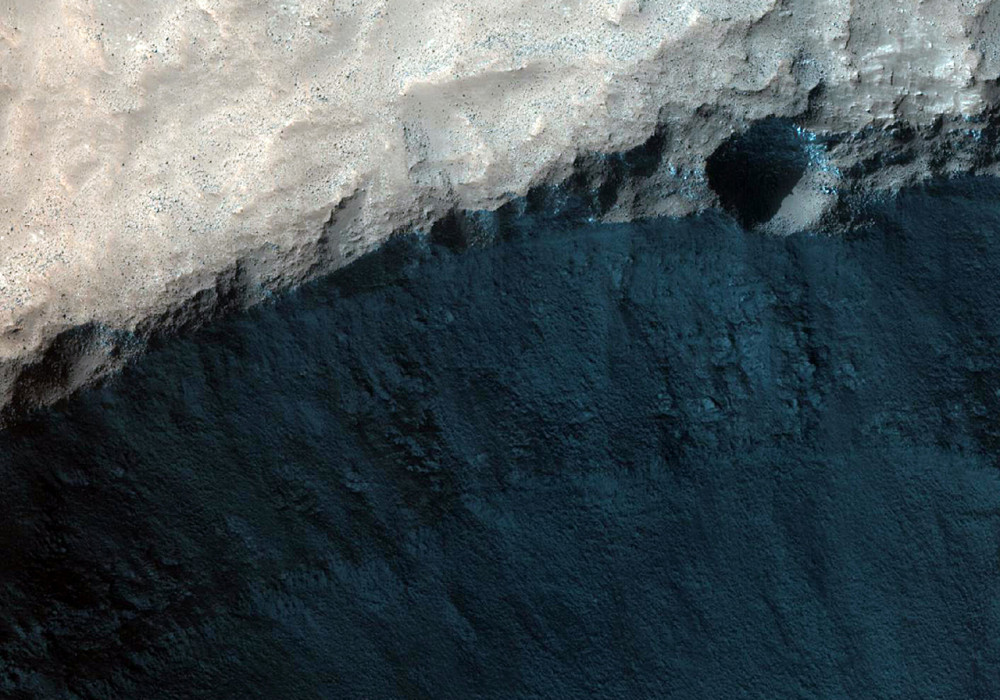