This image covers a portion of Eberswalde Crater, revealing a possible delta-lake transition. Water flowed into the crater through a series of tributary channels to the west of the crater and after the water entered, it formed a distributive network and partly filled the crater to form a lake (Eberswalde Crater is approximately 70 kilometers wide and 1.2 kilometers deep).

The bright layers are part of the terminal scarp at the eastern edge of the delta. Some of the steeper slopes visible at the edge of the fan may be coarser-grained resistant channel ridges. The CRISM instrument on board the Mars Reconnaissance Orbiter has detected phyllosilicates (clays) in the bright layers. One of the ways clays form on Earth is when water erodes rock and makes fine particles which settle out of water; this often occurs in river deltas and lake beds. The delta in Eberswalde Crater and the detection of phyllosilicates provides evidence for possible persistent aqueous activity on Mars. 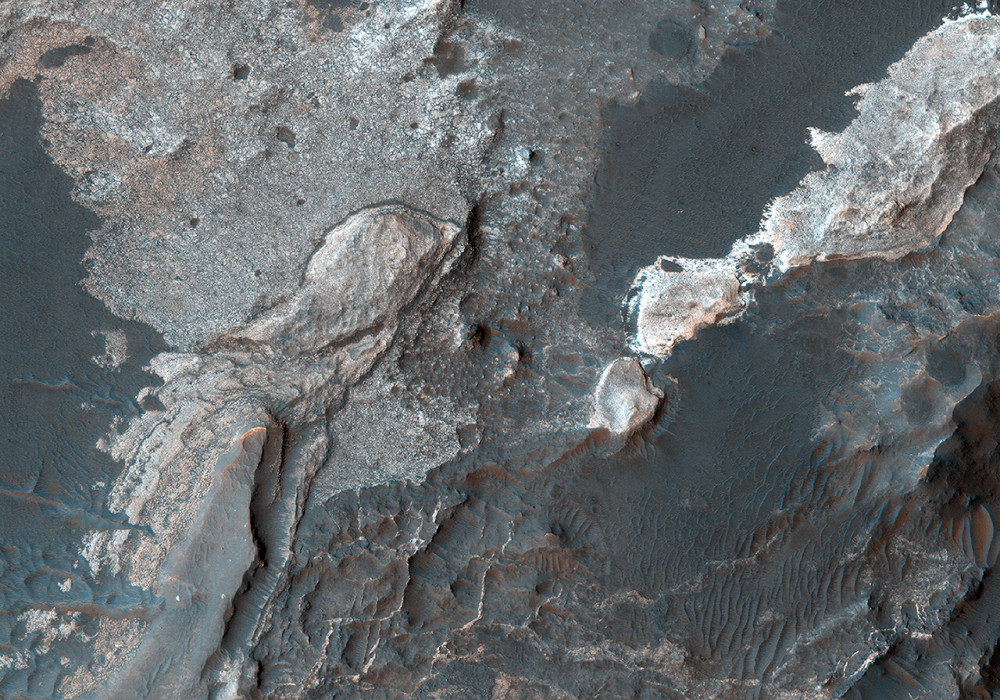